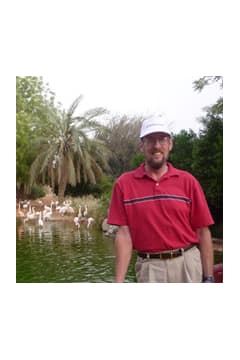 Mr. Johnnie Steven âSteveâ Puckett, age 70, of Douglasville, Georgia passed away Saturday, April 28, 2018. He was born March 20, 1948 in Carrollton, Georgia, the son of the late Mr. James Felton Puckett and the late Mrs. Barbara Lee Parson Puckett. He was a veteran of the United States Army having served during the Vietnam War and received the Purple Heart. He married Glenda Maddux on July 31, 1976 in Midland, Texas. He worked as a Carpenter and he enjoyed woodworking. His greatest love was his family and he loved spending time with the grandchildren and great-grandchildren. He enjoyed time spent outdoors, kayaking and fishing. He was of the Christian Faith. He is survived by his wife of 41 years, Glenda Maddux Puckett of Douglasville; two daughters and their spouses, Katrena and Leo Clifton of Bremen; and Stephanie Hall and Amanda Spears of Villa Rica; three sisters, Lois Eason of Raleigh, NC, Elaine Cole of San Antonio, TX, and Tara Saucier of Carrollton; brothers and a sister-in-law, Mitchell and Diane Puckett of Canton and Jimmy Puckett of Lithia Springs; seven grandchildren, Dakota, Montana, Jacob, Emma, Adora, Jazmine and Cody; two great-grandchildren, Coltin and Ryder; several nieces and nephews. The family will receive friends at Jones-Wynn Funeral Home in Douglasville, Saturday, May 5, 2018 from 2:00 PM until 3:00 PM. Memorial Services will be conducted Saturday, May 5, 2018 at 3:00 PM at the Chapel of Jones-Wynn Funeral Home in Douglasville. Military Honors will be provided by members of the Ft. Benning U.S. Army Honor Guard. In lieu of flowers, the family asks that donations in his memory be made to Halcyon Hospice, 327 Westview Drive, Villa Rica, GA 30180. Messages of condolence to the family may be sent at www.jones-wynn.com. Jones-Wynn Funeral Home & Crematory of Douglasville is in charge of arrangements. 770-942-2311

Honor the life of Steve Puckett