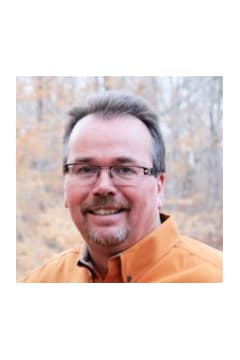 Steve Collins Mr. Stephen âSteveâ Arthur Collins, 53, of Villa Rica, Georgia passed away Monday, November 18, 2013. He was born November 8, 1960 in Louisville, Kentucky the son of Mr. Ira Hurst Collins and Mrs. Mary Cook Collins both of New Albany, Indiana. He was a business owner, operating his own Home Remodeling and Repair business. He was preceded in death by his brother, J.C. Collins. He is survived by his wife, Angela Leasor Collins of Villa Rica, Georgia; his parents, Ira Hurst Collins and Mary Cook Collins of New Albany, Indiana; three sisters and brothers-in-law, Connie Collins of Louisville, Kentucky, Madonna and Allen Gammel of Louisville, Kentucky, and Michelle and Guy Spooner of St. Louis, Missouri; two brothers and sisters-in-law, Mickey and Karen Collins of Lenexa, Kansas and Ted and Elsa Collins of Woodstock, Georgia; several nieces and nephews also survive. The family will receive friends at Jones-Wynn Funeral Home in Villa Rica, Thursday, November 21, 2013 from 1:00 PM until 6:00 PM. A Memorial Service will be conducted Friday, November 22, 2013 at 11:00 AM at the Chapel of Jones-Wynn Funeral Home in Villa Rica, Georgia with Rev. Gus Henriques and Dr. Shirley Garrett officiating. In lieu of flowers, contributions in memory of Mr. Steve Collins may be made to the Carroll County Division of Family and Children Services, 165 Independence Drive, Carrollton, Georgia 30117. Messages of condolence may be sent to the family at www.jones-wynn.com. Jones-Wynn Funeral Home and Cremation Service of Villa Rica is in charge of arrangements. 770-459-3694

Honor the life of Steve Collins