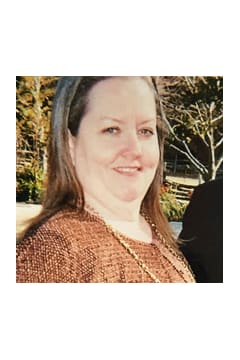 Mrs. Sheryl Rice Gillespie, age 60, of Carrollton, passed away, Wednesday, March 29, 2017. She was born July 11, 1956 in Cobb County the daughter of the Mr. M. F. Rice and Mrs. Elizabeth Bivins Rice. She had previously worked for the University of Georgia System as a Computer Programmer. She was a loving wife, mother, and grandmother.She was preceded in death by her daughter, Nicole Stansell.She is survived by her husband, Tommy Gillespie of Carrollton; sons and daughters-in-law, Mike and Kim Stansell of Loganville; Jeromy and Faith Stansell of Dahlonega; parents, M.F. and Elizabeth Rice of Carrollton; brother and sister-in-law, Barry and Doris Rice of Virginia; six grandchildren, Dylan, Madison, Megan, MaKayla, Natalee and Christina; several nieces and nephews also survive. The family will receive friends at Jones-Wynn Funeral Home in Villa Rica, Sunday, April 2, 2017 from 12:00 PM until 2:00 PM. Funeral Services will be conducted Sunday, April 2, 2017 at 2:00 PM from the Chapel of Jones-Wynn Funeral Home with Bro. Herman Parker and Rev. Charles Luke officiating. Interment will follow at West Georgia Memorial Park. Messages of condolence may be sent to the family at www.jones-wynn.com. Jones-Wynn Funeral Home, Inc. and Cremation Services of Villa Rica in charge of arrangements. 770-459-3694

Honor the life of Sheryl Gillespie

Please share a condolence, photo or memory of Sheryl. We welcome all condolences that are positive and uplifting that will help family and friends heal.