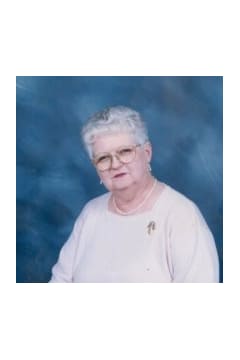 Mrs. Sara Frances McDaniel Hammond, age 78, of Villa Rica, passed away Thursday, June 13, 2013. She was born May 17, 1935 in Chattanooga, TN the daughter of the late Mr. Charles McDaniel and the late Mrs. Florence McDaniel. She worked for The Bull and Bear Antiques. She attended Martha Brown United Methodist Church in Atlanta. In addition to her parents, she was preceded in death by husband, Richard Hammond and her daughter, Carolyn Elaine Hammond. She is survived by her son and daughter-in-law, Bob and Dianne Hammond of Villa Rica; sister, Mary Butler of Conyers; three grandchildren; six great grandchildren. The family will receive friends at Jones-Wynn Funeral Home in Villa Rica, Saturday, June 15, 2013 from 1:00 PM until 3:00 PM. Funeral Services will be conducted Saturday, June 15, 2013 at 3:00 PM from the chapel of Jones-Wynn Funeral Home with Rev. Toby Stephens officiating. In lieu of flowers the family asks that donations be made to the Alzheimerâs Association, 1925 Century Blvd, Suite 10, Atlanta, Georgia 30345. Messages of condolence may be sent to the family at www.jones-wynn.com. Jones-Wynn Funeral Home, Inc. and Cremation Services of Villa Rica in charge of arrangements. 770-459-3694

Honor the life of Sara Hammond