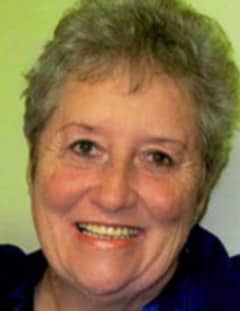 Mrs. Sally Worley Pennington, age 67, of Villa Rica, Georgia passed away Sunday, September 10, 2017. She was born April 11, 1950 in Loudon, Tennessee the daughter of the late Mr. James Thomas Worley and the late Mrs. Sadie Duncan Worley. She worked as a server at the Chapel Hill Country Club. She was a devoted member of Flat Rock Baptist Church in Villa Rica and was a member of the church bowling league. She was a longtime member of Golden City Cruisers. In addition to her parents, she was preceded in death by her husband, Jerry Pennington; a daughter, Tina Renee Newson; and sister, Doris Lynch. She is survived by a daughter and son-in-law, Colina and Wayne Cooper of Salem, SC; son-in-law, Tom Newson of Athens, TN; stepmother, Lil Worley of Lancaster, PA; sister and brother-in-law, Gerri and Carl Schoolcraft of Villa Rica, GA; brother and sister-in-law, Jeff and Keri Worley of Lancaster, PA; two grandchildren, Ashley Newson and Austin Newson; numerous nieces and nephews. The family will receive friends at Jones-Wynn Funeral Home in Villa Rica Saturday, September 16, 2017 from 12:00 PM until 1:00 PM. Memorial Services will be conducted Saturday, September 16, 2017 at 1:00 PM at the Chapel of Jones-Wynn Funeral Home in Villa Rica with Dr. Jerry Brown and Pastor Joe Condra officiating. Messages of condolence to the family may be sent at www.jones-wynn.com. Jones-Wynn Funeral Home and Cremation Services of Villa Rica is in charge of arrangements. 770-459-3694

Honor the life of Sally Pennington

Please share a condolence, photo or memory of Sally. We welcome all condolences that are positive and uplifting that will help family and friends heal.