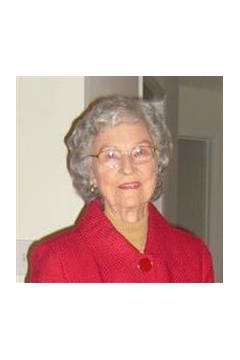 Mrs. Ruth Gossett Culpepper, 91, of Douglasville, Georgia passed away Saturday, February 27, 2016. She was born August 17, 1924 in Greenville, South Carolina the daughter of the late Mr. Thomas Freeman Gossett and the late Mrs. Datherlee Alice Jones Gossett. She was a homemaker and volunteered as a poll worker in Cobb County for many years. She loved to sew and enjoyed making baby quilts for her children, grandchildren, great-grandchildren and great-great grandchildren to come. Over the years, she enjoyed traveling the country. She was a Proverbs 31 woman who loved the Lord and was devoted to her beloved family. She was a member of First Baptist Church of Douglasville. In addition to her parents, she was preceded in death by her husband, Amos Arch Culpepper; sisters, Doris Humphries, Evelyn Hurst, and Frances Gossett; and brothers, Alvin Gossett, Thomas Gossett, and Charles Gossett. She is survived by three daughters and sons-in-law, Elaine and Bruce Kwasha of Atlanta, GA, Patricia and Ricky Folds of Opelika, AL, and Jan and Dennis Owens of Winston, GA; sister, Alice Camp of Winston, GA; four grandchildren; eight great-grandchildren; one great-great grandchild; several nieces and nephews. The family will receive friends at Jones-Wynn Funeral Home in Douglasville, Monday, February 29, 2016 from 6:00 PM until 8:00 PM. Funeral Services will be conducted Tuesday, March 1, 2016 at 11:00 AM at the Chapel of Jones-Wynn Funeral Home in Douglasville with Dr. John Pennington and Rev. Frank McLeod officiating. Interment will follow at Georgia Memorial Park in Marietta. Messages of condolence to the family may be sent at www.jones-wynn.com. Jones-Wynn Funeral Home & Crematory of Douglasville is in charge of arrangements. 770-942-2311

Honor the life of Ruth Culpepper

Please share a condolence, photo or memory of Ruth. We welcome all condolences that are positive and uplifting that will help family and friends heal.