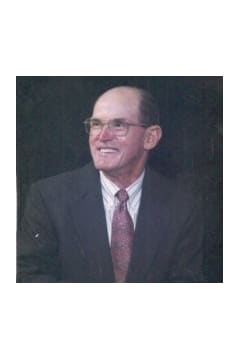 Mr. Russell âPapaâ Marlow, age 88, of Douglasville, Georgia passed away June 30, 2013 at his home in Douglasville. He was born August 4, 1924 in Ashville, North Carolina, the son of the late Mr. Archibald and Elizabeth Marlow. Mr. Marlow was a member and former deacon of County Line Baptist Church. Mr. Marlow served in the United States Navy as a Gunnerâs Mate Third Class SV-6 from 1944 to 1946 when he was Honorably discharged. Mr. Marlow was preceded in death by his wife of 65 years, Edna Pollard Marlow; daughter-in-law, Charmaine Dean Marlow. He is survived by his daughter and son-in-law, Helen and Charlie Walsh of Alpharetta; His son and daughter-in-law, Sam and Cyndy Marlow of Douglasville; His brothers-in-law and sister-in-law, Claude and Jo Pollard of Austell and Clyde Pollard of Norcross; four grandchildren, Sonya and Robert Conn of Douglasville, Stefanie and Mike Nelson of Douglasville, Casey Marlow of Douglasville and Natalie and Dale Bentley of Douglasville; seven great-grandchildren; several nieces and nephews also survive. Funeral Services will be conducted Wednesday, July 3, 2013 at 1:00 PM from the Chapel of Jones-Wynn Funeral Home with Pastor Jerry Adair and Horace LaFavor officiating. Serving as pallbearers will be Casey Marlow, Austin Smith, Robert Conn, Mike Nelson, Dale Bentley, and Juan Gordon. Interment will follow at Pleasant Grove Cemetery in Villa Rica. Military Honors will be provided by the United States Navy Funeral Honor Guard. The family will receive friends at Jones-Wynn Funeral Home, Douglas Chapel, Tuesday, July 2, 2013 from 5:00 PM until 8:00 PM. In lieu of flowers, donations may be made to County Line Baptist Church, 1814 N. County Line Road, Lithia Springs, Georgia 30122. Messages of condolences to the family may be sent from www.jones-wynn.com. Jones-Wynn Funeral Home and Crematory, Inc. of Douglasville is in charge of arrangements. 770-942-2311

Honor the life of Russell Marlow

Please share a condolence, photo or memory of Russell. We welcome all condolences that are positive and uplifting that will help family and friends heal.