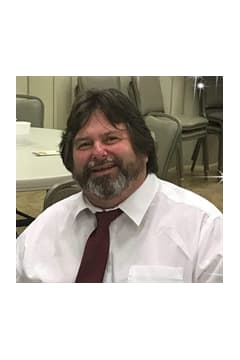 Mr. Roy Lee Rowland, Jr., age 56, of Bloomingdale, GA, was embraced in Jesusâ arms as he was welcomed into Heaven by his Lord and Savior on Saturday, October 6, 2018 when a tragic accident took his life. He was born in National City, CA the son of the late Mrs. Love Joyce Burnley Rowland. Roy lived in Florida, Virginia, South Carolina and Texas before arriving in Carrollton, GA at the age of 11, and then later moved to Douglas County, GA. He arrived in Savannah, GA in 1981. He met the love of his life, Lisa in May 1982. They were wed on September 18, 1982. God blessed them with a special bond of love. Roy was employed at Savannah Gas Company/Atlanta Gas Light Company from 1982 until 1999. He then worked for utility locating contractors, was self-employed as a water meter reader and underground utility locator. He became exclusively self-employed as an underground utility locator in 2001. Roy was a selfless man always putting his wife, family and others before himself. He was a true Christian who showed unconditional love to everyone he met. He lit up a room when he entered, never met a stranger and had a contagious laugh. He was the glue that held his family together. A self-starter with an entrepreneurial spirit, he built his business from the ground up and was an expert in his field. In addition to his mother, he was preceded in death by Lisaâs unborn child; pets, Fluffy, Merlin, and Tiger. He is survived by his adoring wife and soulmate of 36 years, Lisa Ann Rowland of Bloomingdale, GA; sister and brother-in-law, Sheila and Bobby Wilkerson of Temple; brother and sister-in-law, David and Donna Rowland of Rockmart; sister-in-law and brother-in-law, Terry and Jeff Fennel of Statesboro; nephews, nieces and their spouses, Jared (Noore) Winters, Ashley (Patrick) Orr, Justin (Hailey) Wilkerson, Romen (Allyson) Rowland, Christopher Rowland, Johnathan Millians, Mandy (Thomas) Stacey, Alison (Mike) Holcombe, and Wesley (Amy) Fennel. The family will receive friends at Jones-Wynn Funeral Home in Villa Rica, GA Saturday, October 13, 2018 from 12:00 PM until 2:00 PM. Funeral services will be conducted Saturday, October 13, 2018 at 2:00 PM from the Chapel of Jones-Wynn Funeral Home with Rev. Rob Miller and Rev. Bobby Wilkerson officiating. Graveside services will be conducted Monday, October 15, 2018 in Bloomingdale, GA. The following gentlemen will serve as pallbearers, Larry Rowland, Lane Rowland, Patrick Orr, Eddie Smith, Gregg Smith and Johnathan Millians. Serving as honorary pallbearers are Jared Winters, Justin Wilkerson, Romen Rowland, and Christopher Rowland.Messages of condolence may be sent to the family at www.jones-wynn.com. Jones-Wynn Funeral Home, Inc. and cremation Services of Villa Rica in charge of arrangements. 770-459-3694

Honor the life of Roy Rowland

Please share a condolence, photo or memory of Roy. We welcome all condolences that are positive and uplifting that will help family and friends heal.