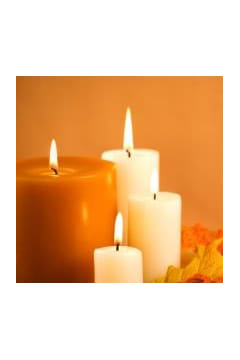 Mrs. Roxie Louise Fernander Harper, age 77, of Villa Rica, Georgia passed away Monday, August 1, 2011 at her residence following an extended illness. She was born November 2, 1933 in Villa Rica, Georgia the daughter of the late Mr. Albert Fernander and the late Mrs. Queenie Price Fernander. She was a member of Utopia Baptist Church and she was a homemaker. In addition to her parents she was preceded in death by her first husband, Loyd Mann. She is survived by her husband, Ed Harper of Villa Rica; daughters and sons-in-law, Deborah Mann Maner and her husband Ray of Villa Rica; Shelia Mann Beck and her husband, Grant of Kingston; sister, Ruth Richardson of Villa Rica; brothers, Herman Fernander and Norman Fernander both of Villa Rica; 5 grandchildren; 14 great-grandchildren; several nieces and nephews also survive. Funeral Services will be conducted Wednesday, August 3, 2011 at 2:00 PM at Ephesus Baptist Church in Winston with Rev. Neal Williams officiating. She will lie in state at the church from 1:30 PM until 2:00 PM. Interment will follow at Ephesus Cemetery. The following will serve as pallbearers: Jason Gantt, Jeff Maner, Shae Richardson, Craig Fernander, Terry Fernander, and Jim Fernander. The family will receive friends at Jones-Wynn Funeral Home of Villa Rica, Tuesday, August 2, 2011 from 7:00 PM until 9:00 PM. Messages of condolence to the family may be sent from www.jones-wynn.com. Jones-Wynn Funeral Home, Inc., Cremation Service and Memorial Gardens of Villa Rica in charge of arrangements. 459-3694

Honor the life of Roxie Harper

Please share a condolence, photo or memory of Roxie. We welcome all condolences that are positive and uplifting that will help family and friends heal.