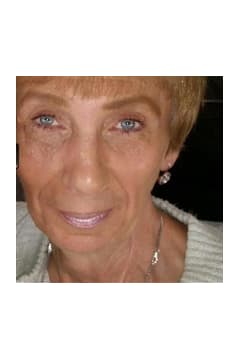 Mrs. Rosa Busicchia Kingry, 71, of Douglasville, Georgia passed away Thursday, April 20, 2017 at Emory University Hospital. She was born July 15, 1945 in Fona, Italy the daughter of the late Mr. Joseph Busicchia and the late Mrs. Irene Mion Busicchia. She married Sidney Maurice Kingry on November 20, 1965. She worked as a Seafood Specialist Manager at the Publix on Highway 5 in Douglasville. In addition to her parents, she was preceded in death by a son, John Kingry. She is survived by her husband of 51 years, Sidney Maurice Kingry of Douglasville; daughter, Sabrina Guay of Douglasville; son and daughter-in-law, Shawn and Kelly Kingry of Rocky Point, NC; brother and sister-in-law, Peter and Connie Busicchia of Austin, TX; two grandchildren, Lacey Kingry and Ashley Guay. Graveside Memorial Services will be conducted Monday, April 24, 2017 at 2:00 PM at Westview Cemetery in Atlanta. Flowers accepted, or those desiring to do so may make contributions in memory of Mrs. Rosa Kingry to the Emory University Hospital, Cardiac Center, 1364 Clifton Rd NE, Atlanta, GA 30322. Messages of condolence to the family may be sent at www.jones-wynn.com. Jones-Wynn Funeral Home & Crematory of Douglasville is in charge of arrangements. 770-942-2311

Honor the life of Rosa Kingry

Please share a condolence, photo or memory of Rosa. We welcome all condolences that are positive and uplifting that will help family and friends heal.