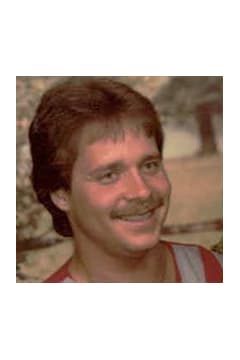 Mr. Ronald Allen Norris, 55, of Lithia Springs, Georgia passed away Thursday, November 12, 2015 at Wellstar Tranquility Hospice. He was born June 22, 1960 in Atlanta, Georgia, the son of Mr. W.A. Norris and Mrs. Frankie J. Ashley Norris. He worked as a plant foreman at Cobb Waste Paper, Inc. He was a member of Friendship Baptist Church in Mableton. He enjoyed bodybuilding, deep sea fishing, and was an avid fan of the Atlanta Falcons. He earned his student pilot license. He was preceded in death by his son, Trevor A. Norris. He is survived by his parents, W.A. and Frankie Norris of Douglasville; son, Brad A Norris of Georgia; sister, Melissa G. Caldwell of Lithia Springs; brother and sister-in-law, James E. and Faye Norris of Lithia Springs; niece, Tabitha Dunn; nephews, Chris P. Caldwell and Joshua Dunn. The family will receive friends at Jones-Wynn Funeral Home in Douglasville, Monday, November 16, 2015 from 4:00 PM until 7:00 PM. Funeral Services will be conducted Tuesday, November 17, 2015 at 1:00 PM at the Chapel of Jones-Wynn Funeral Home in Douglasville with Rev. Marcus Miller officiating. Interment will follow at Sunrise Memorial Gardens. Messages of condolence to the family may be sent at www.jones-wynn.com. Jones-Wynn Funeral Home & Crematory of Douglasville is in charge of arrangements. 770-942-2311

Honor the life of Ronald Norris

Please share a condolence, photo or memory of Ronald. We welcome all condolences that are positive and uplifting that will help family and friends heal.