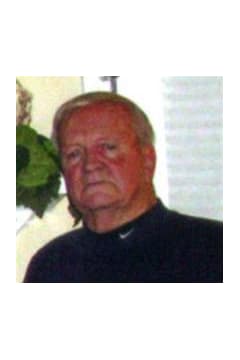 Mr. Ronald E. Matthews, age 76, of Villa Rica, Georgia passed away Friday, August 20, 2011 at his residence following a brief illness. A native of Villa Rica, he was born March 10, 1935, the son of the late Mr. William Matthews and the late Mrs. Ruby Smith Matthews. He was a veteran of the United States Army and retired from the Villa Rica City Lumber Company where he worked as the lumber manager. In addition to his parents, he was preceded in death by his sister, Jean Matthews. He is survived by his wife, Janice Maxine Lambert Matthews of Villa Rica; son and daughter-in-law, Gary and Deborah Matthews of Villa Rica; three grandchildren, Jared Keith Matthews of Villa Rica, Jessica Nicole Matthews Franklin and her husband, Josh Franklin of Turnersville, and Lee Lyner of Carrollton; one great-granddaughter, Raelyn Amelia Franklin. Graveside Services will be conducted Monday, August 22, 2011 at 2:00 PM at Hillcrest Cemetery with Rev. Jeff Powell officiating and Mrs. Deborah Matthews providing the eulogy. Interment will follow at Hillcrest Cemetery. The family will receive friends at Jones-Wynn Funeral Home of Villa Rica, Sunday, August 21, 2011 from 5:00 PM until 8:00 PM. In lieu of flowers, contributions in memory of Mr. Ronald E. Matthews may be made to Tanner Hospice Care, 710 Dixie Street, Carrollton, Georgia 30117 or the First Baptist Church of Villa Rica Building Fund, 1483 West Bankhead Highway, Villa Rica, Georgia 30180. Messages of condolence to the family may be sent from www.jones-wynn.com. Jones-Wynn Funeral Home, Inc., Cremation Service and Memorial Gardens of Villa Rica in charge of arrangements. 770-459-3694