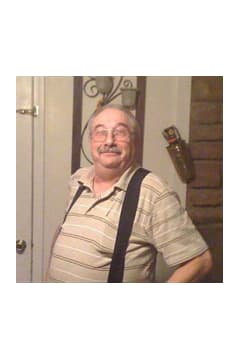 Mr. Robert Eugene Tarbush, age 72, of Austell, passed away, Sunday, March 25, 2018. He was born May 26, 1945 in Rockmart the son of the late Mr. Edward James Tarbush and the late Mrs. Ruby Mae Hardin Tarbush. He was retired from Old Fashion Foods. He enjoyed fishing and spending time with his children and grandchildren.In addition to his parents, he was preceded in death by his brothers, Johnny Tarbush and Wayne Tarbush; sisters, Marth-ann McEwen and Faye HayesHe is survived by his wife, Sandra Lynn Smith Tarbush of Austell; daughters and sons-in-law, Christy and Mike Koltz of Jacksonville, FL, Michelle and Mike Reynolds of Austell, Jennifer and Dana Smith of Douglasville, Carey and Bobby Lee of Villa Rica, Stephanie Schiefelbein of Austell; brother, Phil Tarbush of Franklin; sixteen grandchildren; one great grandchild; several nieces and nephews also survive. The family will receive friends at Jones-Wynn Funeral Home, Wednesday, March 28, 2018 from 2:30 PM until 4:00 PM. Funeral Services will be conducted Wednesday, March 28, 2018 at 4:00 PM from the Chapel of Jones-Wynn Funeral Home with Pastor James Cook officiating. Messages of condolence may be sent to the family at www.jones-wynn.com. Jones-Wynn Funeral Home and Crematory of Douglasville in charge of arrangements. 770-942-2311

Honor the life of Robert Tarbush