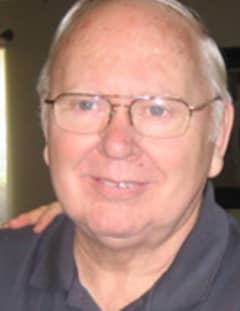 Mr. Robert Thor Oslin, Jr., age 73, of Lithia Springs, Georgia passed away Friday, May 20, 2016. He was born December 11, 1942 in Culver City, California the son of the late Mr. Robert Thor Oslin Sr. and the late Mrs. Florence Mildred Fort Oslin. In addition to his parents, he was preceded in death by sister, Judith Fuica and brother, Phillip Oslin. He is survived by his wife of 45 years, Marilyn Oslin of Lithia Springs; son and daughter- in- law Robert T Oslin III and Maria Oslin of San Antonio, TX; daughter, Annette Oslin and her fiancé, Kyle Cornett of Lithia Springs; son and daughter-in-law, Michael and Lindsey Oslin of Mableton; sister, Roberta Cunningham of New Mexico; seven grandchildren, Abigail Oslin, Thor Oslin, Kaitlyn Oslin, Ethan Pompei, Nicholas Pompei, Olivia Oslin, and Jonathan Oslin; numerous nieces and nephews. Robert was raised in South America where his parents served as missionaries, returning to the United States as a young adult. He was a veteran of the United States Army, serving during the Korean Conflict in the U.S Armyâs 60th Air Defense Artillery Regiment and later for the U.S. Government during the Cold War.He then entered the business and finance world Robert was married in 1971 to his sweetheart Marilyn Miller, together raising their three children in San Jose, CA. Robert and Marilyn both felt the Lordâs call back to South America, and after being awarded an honorary Doctorate in Divinity degree in 1979 by the prestigious Church of Gospel Ministry in California, he moved with his entire family to Argentina, where Robert spent the next two decades serving as the director of an orphanage, Bible seminary teacher, pastor, evangelist, professor, missionary and church planter. Robert returned to the US in 1996, establishing a home base in Georgia, becoming the Director of Missions for Agape Ministries International and embarked with his wife on numerous mission trips to the Caribbean, Central, and South America. He continued his ministry through mentoring pastors and encouraging everyone he encountered. Bob was a dearly loved husband, father and grandfather. He was optimistic, had a wonderful sense of humor, and was a terrific storyteller. He had a genuine love for people and Godâs earth. He loved traveling and nature-covering around 80 countries in 6 continents. He had a beautiful heart and soul, and anyone who met him felt his joy, warmth and unconditional acceptance. In his last years he enjoyed studying the Hebrew language and spending time with his family. He will be greatly missed by those he served in his encouraging and caring manner until his untimely passing.Memorial Services will be conducted Friday, June 3, 2016 at 1:30 PM at Mt. Paran Church of God, http://mountparan.com/ 2055 Mt. Paran Road, NW, Atlanta, GA 30327. Graveside inurnment will be conducted Monday, June 6, 2016 at 12:00 PM at Georgia National Cemetery in Canton, http://www.cem.va.gov/cems/nchp/georgia.asp with military honors provided by members of the United States Army Honor Guard. Messages of condolence to the family may be sent at www.jones-wynn.com. Jones-Wynn Funeral Home & Crematory of Douglasville is in charge of arrangements. 770-942-2311