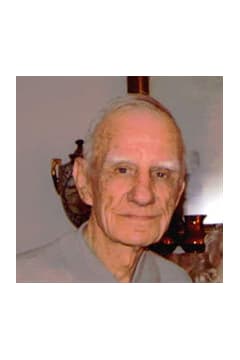 Mr. Robert Blackstone âBlackieâ Landrum, 93, of Villa Rica, Georgia passed away Monday, June 15, 2015 at his home, surrounded by his loving family. A native of Atlanta, he was born December 18, 1921, the son of the late Mr. Robert Blackstone Landrum, Sr. and the late Mrs. Essie Davis Landrum. He was a veteran of World War II, having served from September 1940 â October 1945, in the United States Coast Guard. He served in Normandy on D-Day, as well as both previous European landings. After the war, he worked as a steward for Eastern Airlines. After his tenure with Eastern Airlines, he began his 32-year career as the Regional Marketing Director at Mead Packaging. He married the love of his life on October 24, 1953. They were active members of the First United Methodist Church on Peachtree Street in Atlanta. He was an actively involved father in all of his daughterâs activities as she grew up. Mr. Landrum was devoted to family and was a loving husband, father, grandfather, and great-grandfather. He loved life and spending time with family. After retirement from Mead, he and Bonnie spent a great deal of time in the garden and maintaining their lake property. He was an avid golfer and passed that love to his only grandson. He enjoyed talking history and about his experiences in the service with his only grandson.He was preceded in death by his wife of 64 years, Bonnie Rae Johnson Landrum on November 13, 2014; and his sisters, Essie Gibbs and Frances Howard. He is survived by one daughter and son-in-law, Lisa and Billy Upton of Douglasville; one grandson, Robert Tevis Upton; two great-grandchildren, Robert Luke Upton and Rynne Marie Upton. The family will receive friends at Jones-Wynn Funeral Home in Douglasville, Thursday, June 18, 2015 from 11:00 AM until 1:00 PM. Funeral Services will be conducted Thursday, June 18, 2015 at 1:00 PM at the Chapel of Jones-Wynn Funeral Home in Douglasville. Interment will follow at Westview Cemetery in Atlanta. Messages of condolence to the family may be sent at www.jones-wynn.com. Jones-Wynn Funeral Home & Crematory of Douglasville in charge of arrangements. 770-942-2311

Honor the life of Robert Landrum