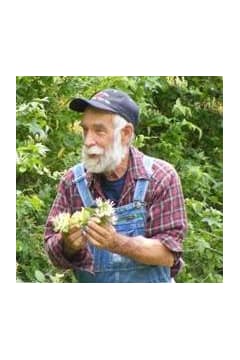 Mr. Robert Stanley Hogsed, Sr., age 69, of Douglasville, Georgia passed away Sunday, October 23, 2011. He was born May 18, 1942 in Clay, North Carolina the son of the late Mr. Guy Max Hogsed and the late Mrs. Roselle May Cole Hogsed. He worked as an explosives driller. He enjoyed building dirt track racecars and racing them. He was avid fisherman and enjoyed hunting. He was devoted to his family and especially enjoyed being a grandfather to his beloved grandchildren. In addition to his parents, he was preceded in death by one grandchild. He is survived by his sons and daughters-in-law, Robert Stanley Jr. and Ember Hogsed of Villa Rica and Erik Shawn and Lisa Hogsed of Douglasville; his daughters and son-in-law, Shana Rena Pirkle of Douglasville and Anna and Matt Sedlak of Buchanan; 10 grandchildren; several siblings, nieces and nephews also survive. The family will receive friends at Jones-Wynn Funeral Home, Douglas Chapel, Friday, October 28, 2011 from 12:00 Noon until the funeral hour. Funeral Services will be conducted Friday, October 28, 2011 at 6:00 PM from the Douglas Chapel of Jones-Wynn Funeral Home with Jerry Farmer officiating. Musical selections will be provided by Mr. Eddie Morgan. According to his wishes, Mr. Hogsed will be cremated following the funeral service. Messages of condolence to the family may be sent to www.jones-wynn.com. Jones-Wynn Funeral Home, Inc., Cremation Service and Memorial Gardens of Douglasville in charge of arrangements. 770-942-2311