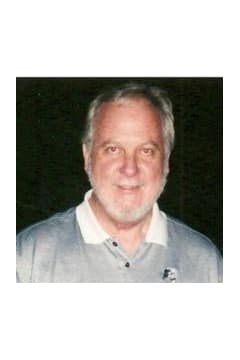 Mr. Robert Lamar âCorkyâ Cheek, age 70, of Winston, Georgia passed away Wednesday, January 25, 2012 at Emory University Hospital in Atlanta. A native of Douglas County, he was born February 6, 1941 in Douglasville, Georgia the son of Mrs. Helen Gibson Cheek and the late Mr. Robert E. Lee Cheek. He was a member of Westside Worship Center of Winston. He was an insurance agent for Life of Georgia for over thirty years and worked as an announcer and DJ for WDGL and WGMI Radio Stations. Mr. Cheek was devoted to his country and was very patriotic and enjoyed serving as the Emcee at the annual Douglasville Memorial Day Celebration at Sunrise Memorial Gardens. He was an avid golfer and enjoyed singing. He was devoted to his family and was a loving husband, father, grandfather, brother and uncle. He was charming, fun loving, and was blessed with an outgoing personality. In addition to his father, he was preceded in death by his beloved son, James Kevin Cheek on September 27, 2009. He is survived by his loving wife of 51 years, Carolyn Ward Cheek of Winston; his mother, Helen Gibson Cheek (age 91) of Douglasville; his daughters and son-in-law, Kelly and Pastor Jerry Faver of Villa Rica, Karyn Cheek Crook of Winston and her fiancé, Michael Howell of Birmingham; son-in-law, Chip Crook of Orangeburg, SC; brother, Travis A. Cheek of Douglasville; 4 grandchildren, Ashley and Collin Martin, Laura Faver, Sarah Faver and Robert Jackson Crook; several nieces and nephews also survive. The family will receive friends at Jones-Wynn Funeral Home, Douglas Chapel, Saturday, January 28, 2012 from 5:00 PM until 9:00 PM. A Celebration of Life Service will be conducted Sunday, January 29, 2012 at 3:00 PM at the Chapel of Jones-Wynn Funeral Home in Douglasville with Pastor Mike Adams, Pastor Jerry Faver, Rev. Johnny White, and Rev. Donald Johnson officiating. Mr. Chip Crook will provide the eulogy. Inurnment will follow at Cold Springs Cemetery in Winston. Messages of condolence may be sent to the family at www.jones-wynn.com. Jones-Wynn Funeral Home, Inc., Cremation Servies and Memorial Gardens of Douglasville in charge of arrangements. 770-942-2311