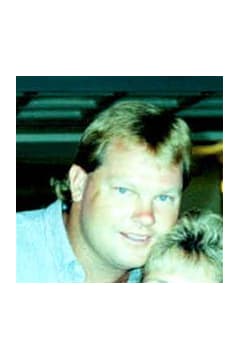 Mr. Richard âRickâ Eugene Lambert, 52, of Douglasville, Georgia passed away Tuesday, August 25, 2015. He was born January 24, 1963 in Atlanta, Georgia. He worked at Precision Blasting as an Explosive Technician. He was an avid fan of the Florida Gators. He was a hard working man that enjoyed taking care of family and friends and always thought of others before himself. He was preceded in death by his sister, Sylvia Ann Williams. He is survived by his wife, Christine Lea Gayton Lambert of Douglasville; his mother, Sylvia Nix Holder and stepfather, Jack Frost Holder; his stepson Richard Austin Gibson, that he adored and cherished and supported in every aspect of his life; two nieces, Sabrina and Tommy Maier and Ashley Williams; great niece, Riley Ferebee; great-nephews, Michael Kaleb Shumake and Johnny Maier; father-in-law, Charles Gayton of Douglasville; sisters-in-law and brothers-in-law, Cathy and Raymond Todd of Danielsville, Ray and Sheri Gayton of Carrollton; niece, Heather Nance of Danielsville. The family will receive friends at Jones-Wynn Funeral Home in Douglasville, Saturday, August 29, 2015 from 1:00 PM until 3:00 PM. Funeral Services will be conducted Saturday, August 29, 2015 at 3:00 PM at the Chapel of Jones-Wynn Funeral Home in Douglasville. According to his wishes, his body will be cremated following the service. Messages of condolence to the family may be sent at www.jones-wynn.com. Jones-Wynn Funeral Home & Crematory of Douglasville is in charge of arrangements. 770-942-2311

Honor the life of Rick Lambert

Please share a condolence, photo or memory of Rick. We welcome all condolences that are positive and uplifting that will help family and friends heal.