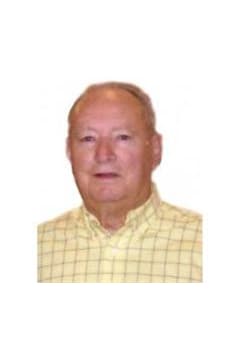 Mr. Richard Prentiss Pollard, age 73, of Villa Rica, Georgia passed away Thursday, January 13, 2011 at his residence following an extended illness. He was born February 25, 1937 in Carroll County, Georgia, the son of the late Hubert Pollard and the late Mrs. Sarah Crawford Pollard. He served in the U.S. Air Force during the Korean Conflict. He married Sheila Jane Whaley on July 24, 1976 in Villa Rica. Mr. Pollard was a member of Utopia Baptist Church in Villa Rica. He worked as a truck driver for 37 years having worked for Yellow Freight and Burger King Corporation. He was an avid fisherman and enjoyed traveling. He was devoted to his family and loved spending time with them, and loved his country. He is survived by his wife of 34 years, Sheila Jane Whaley Pollard of Villa Rica; two daughters and sons-in-law, Elizabeth and Phillip Cash of Temple and Deborah and Jeff Taylor of Hiram; sons and daughters-in-law, Jason and Katiuska Pollard of Douglasville, Tony and Elaine Pollard of Cleburne, AL, Ricky Pollard, Jr. and Jeanette Pollard of Carrollton; sisters and brothers-in-law, Ledoris and Fred Chandler of Mableton and Sue and John Ellison of Douglasville; brother and sister-in-law, Larry and Pat Pollard of Carrollton; 12 grandchildren; numerous great-grandchildren; several nieces and nephews also survive. Funeral Services will be conducted Sunday, January 16, 2011 at 2:00 PM from the Douglas Chapel of Jones-Wynn Funeral Home with Pastor Chad Long officiating. Interment will follow at West Georgia Memorial Park in Carrollton. The family will receive friends at Jones-Wynn Funeral Home, Douglas Chapel, Saturday, January 15, 2011 from 5:00 PM until 8:00 PM. Messages of condolence to the family may be sent from www.jones-wynn.com. Jones-Wynn Funeral Home, Inc., Cremation Services and Memorial Gardens in charge of arrangements. 770-942-2311

Please share a condolence, photo or memory of Richard P.. We welcome all condolences that are positive and uplifting that will help family and friends heal.