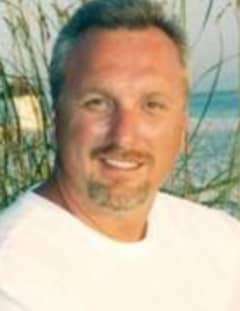 Richard Gary Seals Mr. Richard Gary Seals, age 45, passed from this world to join Our Heavenly Father on August 17, 2011. He was born June 19, 1966 in Villa Rica, Georgia. He was of the Baptist Faith. Gary was an avid hunter and fisherman and loved telling tales of his experiences. Most importantly, he was a devoted husband, son, uncle, and friend. Spending an afternoon visiting, âshooting the breeze,â was attributed to his warm smile and his ease in talking with others. Gary never met a stranger and never minded lending a helping hand to someone in need. He was most happy when he was spending time with family and friends. Gary was preceded in death by his father Hoyt Seals. He is survived by his wife Lisa Seals of Powder Springs; mother and step-father, Joan and David Sweat of Villa Rica; two daughters, Lauren and Hannah Seals of Villa Rica; brother, Daniel Seals of Norcross; sister Kelly Joiner of Villa Rica; two step-brothers, Venoy Sweat of Rockmart and Joey Sweat of Dallas; father and mother-in-law, Wayne and Suzanne Kenner of Blytheville, AR; sister and brother-in-law, Cheryl and John Clontz of Powder Springs; nieces, Cameron and Shelby Contz of Powder Springs, Tiffany, Haley, and Taylor Joiner of Beaufort, SC. He is also survived by many family and friends who loved him. Memorial Service will be conducted Saturday, August 20, 2011 at 2:00 PM from the chapel of Jones-Wynn Funeral Home in Villa Rica with Rev. Jeff Byrd officiating. The family will receive friends at Jones-Wynn Funeral Home in Villa Rica Friday, August 19, 2011 from 6:00 PM until 9:00 PM. In lieu of flowers the family ask that contributions be made to Gateway Baptist Church Building Fund, 9710 High Point Road, Villa Rica, Georgia 30180. Messages of condolence may be sent to the family from www.jones-wynn.com. Jones-Wynn Funeral Home, Inc., Cremation Services and Memorial Gardens of Villa Rica in charge of arrangements. 770-459-3694

Honor the life of Richard Seals