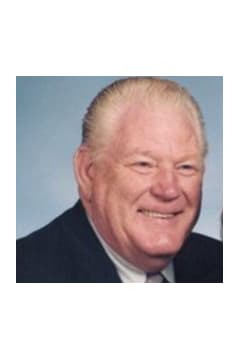 Mr. Richard Laverne Pike, 80, of Whitesburg, Georgia formerly of Douglasville passed away Thursday, May 16, 2013. He was born February 10, 1933 in Atlanta, Georgia the son of the late Mr. John William Pike and the late Mrs. Carrie Dee Fiquette Pike. He married Lelan Lareice Phillips on July 5, 1956 in Grove Park, Georgia. He was a veteran of the United States Navy. He retired from AllState Insurance having worked as a Quality Control Representative. Mr. Pike was very crafty and enjoyed woodworking. He enjoyed camping and loved playing his guitar and singing. He was devoted to his family. He was a member of Austell Christian Church. In addition to his parents, he was preceded in death by his brother, Bobby Pike. He is survived by his wife, Mrs. Lelan Lareice Phillips Pike of Whitesburg; daughters and son-in-law, Cynthia and Ellis Weitzel of Whitesburg and Gail Gross of Canton; one son and daughter-in-law, Jeff and Catherine Pike of Douglasville; six grandchildren, Zachary Weitzel, Stephanie Kernan, Christen Pike, Joshua Pike, Derek Gross, and Shannon Reneau; one great-grandchild, James Rayland Pike. The family will receive friends at Jones-Wynn Funeral Home, Douglas Chapel, Saturday, May 18, 2013 from 4:00 PM until 7:00 PM. Memorial Services will be conducted Saturday, May 18, 2013 at 7:00 PM at the Chapel of Jones-Wynn Funeral Home in Douglasville with Minister Clay Henry officiating. According to the familyâs wishes, his body was cremated. Messages of condolence may be sent to the family at www.jones-wynn.com. Jones-Wynn Funeral Home & Crematory, Inc. of Douglasville is in charge of arrangements. 770-942-2311

Honor the life of Richard Pike