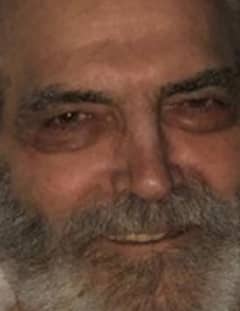 Mr. Richard Clair Hyek, age 85 of Douglasville, Georgia, passed away Thursday, July 4, 2019. He was born July 11, 1933 in Detroit, Michigan, the son of the late Mr. Henry James Hyek and the late Mrs. Gladys Mae Annable Hyek. He loved to hunt, fish, and was an outdoorsman. He enjoyed all kinds of music. In addition to his parents, he is preceded in death by his wife, Anne Marie Breton Hyek; daughter, Donna Baker; brother, Donald Hyek; sister, Doris Hyek.He is survived by his daughters and sons-in-law, Patti and Jim Boos of Philadelphia, Pennsylvania, Diane and Tom Eldred of Hemet, California, Karen Copenhaver and Joe Steenrod of Douglasville, Georgia; sons and daughters-in-law, Richard and Kim Hyek of Warren, Michigan, James and Sandy Hyek of Farmington Hills, Michigan; sister and brother-in-law, Carolyn and Lester Duprey of Warren, Michigan; brother and sister-in-law, Henry and Joyce Hyek of Washington Township, Michigan; several grandchildren, great grandchildren, nieces and nephews also survive.According to Mr. Hyekâs wishes he was cremated. A Memorial Service will be held at a later date. Messages of condolences may be sent to the family at www.jones-wynn.com. Jones-Wynn Funeral Home of Douglasville is in charge of the arrangements. 770-942-2311

I miss you Grandpa. It is not the same without you and I miss our talks. I love you and know you are at peace with Grandma.
– Sara