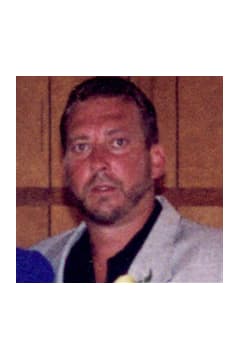 Mr. Richard Franklin Anderson III, age 56, of Stone Mountain, Georgia, formerly of Douglasville, passed away Sunday, June 24, 2018. He was born October 6, 1961 in Atlanta, Georgia, the son of the late Mr. Richard Franklin Anderson, Jr. and the late Mrs. Norma Jean Benedict Anderson. He worked in Legal Management at Pollack and Rosen. He is survived by his wife, Marie Suzanne Bechio of Stone Mountain; sons and a daughter-in-law, Richie Anderson and William Jeremy and Katie Alana Anderson all of Douglasville; brother, John Chandler Anderson of Bremen; sister and brother-in-law, Debra and Curtis Jett of Powder Springs; uncles and aunt, John Charles Anderson of Orlando, FL; B.R. and Gloria Benedict of Covington; two grandchildren, Richard Franklin Anderson IV and Ember Anderson. In accordance to his wishes, his body was cremated. The family plans a private service at a later date. Messages of condolence to the family may be sent at www.jones-wynn.com. Jones-Wynn Funeral Home & Crematory of Douglasville is in charge of arrangements. 770-942-2311