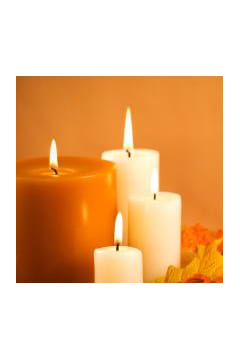 Mrs. Reba O. Washington, age 96, of Carrollton, passed away Monday, November 11, 2013. She was born August 30, 1917 in Marengo County, AL, the daughter of the late Mr. William Burges Etheredge and the late Mrs. Leona Hasty Etheredge. She was a homemaker and was an avid volunteer and church worker. She was a Sunday School teacher for decades and still occasionally taught until recently. Mrs. Washington was the oldest still active member of the Tabernacle Baptist Church. She was a member of the Carrollton Schools PTA from 1946 until 1964. She held many volunteer leadership positions in the church, The American Cancer Society and the Carroll County Soup Kitchen. Mrs. Washington was, in fact, one of the original volunteers with the Carroll County Soup Kitchen. Known regionally as the Cheese Straw Lady, she gave her time and resources to the Carroll County Emergency Shelter, Tanner Hospice, and many others. In addition to her parents, she was preceded in death by her husband, George Everett Washington and her only granddaughter, Ellen Bailey; four brothers, one sister and a son-in-law, Ralph Wilson.She is survived by her daughters and sons-in-law, Cassandra and Larry Flowers of Carrollton, Cheryl and George Olin of Ocklawaha, FL; two grandchildren, Dr. Michael (Sibby) Flowers of Farragut, TN, Jason (Karen) Bailey of Hoover, AL and six great grandchildren.Memorial Services will be conducted Thursday, November 14, 2013 at 1:00 PM from the Chapel of Tabernacle Baptist Church with Rev. Jimmy Gentry officiating. In lieu of flowers the family asks donations be made to Carroll County Soup Kitchen, 345 Beulah Church Road, Carrollton, Georgia, 30117, Carroll County Emergency Shelter, Post Office Box 2192, Carrollton, Georgia, 30112 or Planned Parenthood, 75 Piedmont Ave, NE, #800, Atlanta, Georgia, 30303. Messages of condolence may be sent to the family at www.jones-wynn.com. Jones-Wynn Funeral Home, Inc. and Cremation Services of Villa Rica in charge of arrangements. 770-459-3694