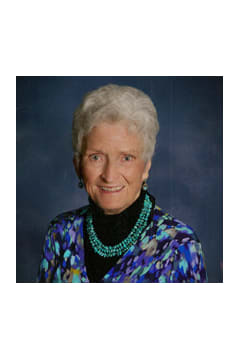 Mrs. Reba Nell Layton Ward, 82, of Winston, Georgia left this world on Friday, July 18, 2014 to be with her Lord and family that has gone on before her. She was born December 26, 1931 in Cobb County, Georgia the daughter of the late Mr. John Bernice Layton and the late Mrs. Annie Lois Eason Layton. To many who knew her, she was affectionally called Mama Nell. She attended schools in Cobb and Douglas County. Reba Nell married Frank Oâdell Ward on December 27, 1947 in Douglas County, Georgia. She earned her nursing degree in 1964 and spent many years working in that field. She was a loving and devoted wife, mother, grandmother, and great-grandmother. She was a faithful Christian and an active member of Ephesus Baptist Church in Winston all her adult life. She is survived by one daughter, Kathy Nell Ward of Winston; two sons and a daughter-in-law, Richard Oâdell Ward and Jerry Lynn and Jean H. Ward all of Winston; grandchildren and their spouses, Kristy Herlihy, Kimberly and Chris Parker, Clinton Ward, Kelley Ward and Jennifer and Jon Voelkel; great grandchildren, Annie, Will, Finn and Lainey Herlihy, Ellie Parker, Colton Ward, MaKayla and Kaden Voelkel. She is also survived by her brother and sister-in-law, John and Joan Layton and many nieces and nephews. She was preceded in death by her parents; her loving, faithful husband of almost 61 years; her sister, Pauline Layton Hallman; and her dear, sweet grandson, Jonathan K. Ward. The family will receive friends at Jones-Wynn Funeral Home in Douglasville, Saturday, July 19, 2014 from 6:00 PM until 8:00 PM. Funeral Services will be conducted Sunday, July 20, 2014 at 3:00 PM at Ephesus Baptist Church in Winston with Dr. Billy Godwin officiating. Interment will follow at Ephesus Cemetery. In lieu of flowers, memorial contributions in memory of Mrs. Nell Ward may be made to Ephesus Baptist Church Building Fund, PO Box 280, Winston, Georgia 30187. Messages of condolences to the family may be sent at www.jones-wynn.com. Jones-Wynn Funeral Home & Crematory of Douglasville is in charge of arrangements. 770-942-2311