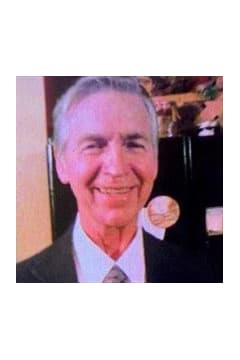 Mr. Raymond Larence Ivie, age 75 of Villa Rica, Georgia, passed away Saturday, June 29, 2019. He was born July 5, 1943, the son of the late Mr. Willard Thomas Ivie and Mrs. Jessie Dean Mayfield Ivie. Mr. Ivie served 50 years as a Mason. He was a worshipful master at Lodge 674 Ben Hill and Lodge 125. He was a member in good standing at Stone Lodge in Gainesville. Mr. Ivie was a member of Midway Church since 1999 in Villa Rica, owned a trucking company for several years, member of Sons of Confederate Veterans Forrest Escort Camp in Villa Rica.In addition to his parents he is preceded in death by his brothers, Marvin and Arvel Ivie. Mr. Ivie is survived by his wife, Beverly Stowe Ivie of Villa Rica, Georgia; daughter, Christine Melissa Ivie of Villa Rica, Georgia; son and daughter-in-law, Raymond L. and Nancy Ivie of Gainesville, Georgia; sister and brother-in-law, Ann and Earnest Wildman of McDonough, Georgia; brothers and sister-in-law, Carl Ivie of Jackson, Georgia, Tommy and Desiree Ivie of Jonesboro, Georgia; two grandchildren, Kyle Ivie and Kayelynn Ivie; several nieces and nephews also survive. Memorial services will be held at the Chapel of Jones-Wynn Funeral Home of Douglasville at a later date.Messages of condolences may be sent to the family at www.jones-wynn.com. Jones-Wynn Funeral Home of Douglasville is in charge of the arrangements. 770-942-2311

Honor the life of Raymond Ivie

Please share a condolence, photo or memory of Raymond. We welcome all condolences that are positive and uplifting that will help family and friends heal.