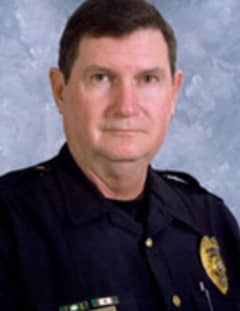 Mr. Ray William Preston passed away, Monday, May 9, 2016 at the age of 69. Mr. Preston was retired Lt. with Fairburn Police Department.Mr. Preston was preceded in death by his mother, Sara McGarity Preston Hooten, father, Marvin Preston, and sister Peggy Preston Bowman. He is survived by his wife, of almost 49 years, Rosemary (Goss) Preston; daughter and son-in-law, Michelle (Preston) and Jason Cook; grandson, Bailey Cook; brother-in-law, Mike Goss; sister-in-law, Jean Verner; special friend Randy Ainsworth; special cousin, Michael Stapleton, who Ray considered like a brother, and numerous cousins also survive. The family would like to thank his doctors for all they did, Dr. Sharon Tuckett, Dr. Amy Elsass, Dr. Paul Manocha, and Dr. Rafig ElHannali, along with two special nursing assistances, Susan from Dr. Tuckettâs office, and Heather from Dr. Manochaâs office. The family will receive friends at Jones-Wynn Funeral Home in Douglasville, Wednesday, May 11, 2016 from 2:00 PM until 3:00 PM and from 5:00 PM until 7:00 PM. Funeral Services will be conducted Thursday, May 12, 2016 at 4:00 PM from the Chapel of Jones-Wynn Funeral Home with Rev. Jim Grieme officiating. Interment will follow at Rosehaven Cemetery in Douglasville. The City of Fairburn and Palmetto Police Department will act as active and honorary pallbearers. In lieu of flowers the family asks to make contributions to the Ray Preston Medical Expense Fund. Messages of condolence may be made to the family at www.jones-wynn.com. Jones-Wynn Funeral Home and Crematory of Douglasville in charge of arrangements. 770-942-2311

Honor the life of Ray Preston