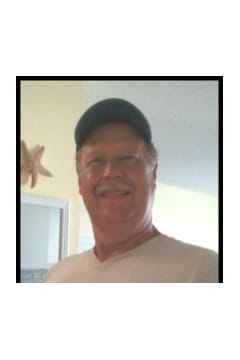 Mr. Randy Clark Helton, age 56, of Fairburn, passed away Saturday, February 11, 2012. He was born January 12, 1956 in Atlanta the son of the late James Clark Helton and the late Thelma Lee Boswell Helton. He retired from Nabisco after twenty plus years of service. He lived on a farm where he loved his horses and fishing. He unconditionally loved his wife and children always and forever. He is survived by his loving wife of thirty seven years, Brenda Gail Carter Helton of Fairburn; daughter and son-in-law, Amanda and Howard Hargis of Palmetto; son, Corey Helton of Fairburn; sister, Gail Allen of Douglasville, Sue Adams of Douglasville; brothers and sisters-in-law, Ronnie Helton of Jacksonville, Fl, Bobby and Carolyn Helton of Douglasville, Clyde and Rhonda Helton of Fairburn; brother and sister-in-law Johnny and Andrea Carter of Douglasville; sister-in-law, Judy and Curtis Shipley of Douglasville; father and mother-in-law, Shirley and Wilbert Carter of Lithia Springs; grandchildren, Chase Hargis, Chloe Hargis, Nicholas Hargis, and Addison Hargis. Several nieces and nephews also survive. The family will received friends at Jones-Wynn Funeral Home, Monday, February 13, 2012 from 5:00 PM until 8:00 PM. The Funeral Services will be conducted Tuesday, February 14, 2012 at 12:00 noon from the chapel of Jones-Wynn Funeral in Douglasville with Rev. Tommy Payne officiating. Messages of condolences may be sent to the family from www.jones-wynn.com. Jones-Wynn Funeral Home, Inc., Cremation Services and Memorial Gardens of Douglasville in charge of arrangements. 770-942-2311

Honor the life of Randy Helton

Please share a condolence, photo or memory of Randy. We welcome all condolences that are positive and uplifting that will help family and friends heal.