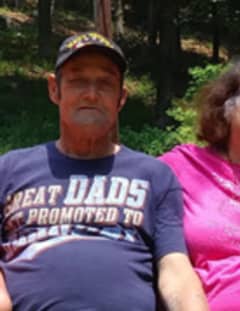 Mr. Ralph William Doll, age 63, of Buchanan, passed away Saturday, July 28, 2018. He was born January 27, 1955 in Miami, FL the son of the late Mr. John Hudson Doll and the late Mrs. Grace Louise Lewis Doll. Mr. Doll served in the United States Navy for four years. He enjoyed fishing, camping, working on small engines, bonfires, and going to flea markets and yard sales. He was a true handy man and family man. In addition to his parents, he was preceded in death by his brother, John Doll.He is survived by his wife, Michelle Capes Doll of Buchanan; daughters and sons-in-law, Michelle Winters of Pennsylvania, Angelique Doll of Canton, Mandy and Carson Hardy of Temple, Destiny Doll and Kris Cox of Buchanan, Christy and Anandaji Schafer of Jasper; sons and daughter-in-law, Ralph William Doll, II of Buchanan, Donald and Toni Doll of Tennessee; sisters, Maude âCookieâ McKinnen of Columbus, Grace Yount of Jacksonville, FL; brother and sister-in-law, Henry and Connie Doll of Morristown, FL; nineteen grandchildren; five great grandchildren; several nieces and nephews also survive. According to Mr. Dollâs wishes he was cremated. Memorial Services will be Tuesday, July 31, 2018 at 3:00 PM at Seabreeze Lake-VFW Park in Buchanan. Family and friends are invited to meet at the VPlex in Villa Rica, at 1:30 PM for a memorial motorcycle ride to the service. Messages of condolence may be sent to the family at www.jones-wynn.com. Jones-Wynn Funeral Home, Inc. and Cremation Services of Villa Rica in charge of arrangements. 770-459-3694

Honor the life of Ralph Doll