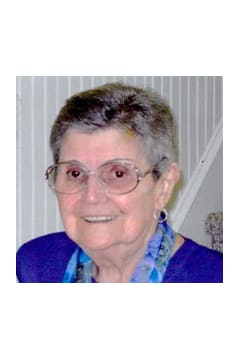 Bobbie ThompsonMrs. Plodia Izdorria âBobbieâ Kirby Costlow Thompson, 84, of Union City, Georgia passed away Tuesday, April 19, 2016. She was born February 21, 1932 in Villa Rica, Georgia, the daughter of the late Mr. Ottis Kirby and the late Mrs. Odessa Blair Kirby. She was a homemaker and was a proud member of the Lester Road Christian Church in Fairburn. She loved her church and was an active volunteer at the church and within Christian City Senior Living Community. She was devoted to her family. In addition to her parents, she was preceded in death by her first husband, Tom Costlow; second husband, Melvin Thompson; and son, Thomas Wilson Costlow, Jr. She is survived by one daughter and son-in-law, Judy and Robert Preston of Sharpsburg; brother and sister-in-law, Wayne and Sandra Kirby of Dallas; two grandchildren; Amy Cochran and Ginger Seabrook; three great-grandchildren, Preston, Aaron, and Jessica; several cousins, nieces, and nephews; step daughter and son-in-law, Sandra and Jerry Lewis of Sharpsburg; step son, Rick Thompson of Athens; four step-grandchildren, Melissa, Shelley, Kayla and Jeremy; two step great-grandchildren. The family will receive friends at Jones-Wynn Funeral Home in Douglasville, Wednesday, April 20, 2016 from 5:00 PM until 8:00 PM. Funeral Services will be conducted Thursday, April 21, 2016 at 11:00 AM at the Chapel of Jones-Wynn Funeral Home in Douglasville. Interment will follow at Douglasville City Cemetery with the following serving as pallbearers: Robert Preston, Aaron Seabrook, Ben Seabrook, Mike Cochran, Kevin Kirby, Jim Platt, and Tim Costlow. Messages of condolence to the family may be sent at www.jones-wynn.com. Jones-Wynn Funeral Home & Crematory of Douglasville is in charge of arrangements. 770-942-2311

Honor the life of Plodia Thompson

Please share a condolence, photo or memory of Plodia. We welcome all condolences that are positive and uplifting that will help family and friends heal.