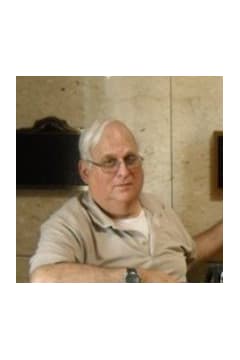 Mr. Philip Alvin Gershon, age 67, of Fayetteville, Georgia passed away Wednesday, March 6, 2013. He was born May 30, 1945 in Atlanta, Georgia the son of the late Mr. Dave Gershon and the late Mrs. Fannie Elson Gershon. He was a veteran of the Vietnam War serving in the United States Coast Guard on the only ship sent to Vietnam. He retired from Delta Airlines having worked in the Cargo Department. In addition to his parents, he was preceded in death by his wife, Jo Lynn Hunt Gershon; and son, James Allen âJimâ Terrell. He is survived by his daughter and son-in-law, Becky and Mark Carl of Fairhope, Alabama; son and daughter-in-law, Joe and Linda Terrell of Fultondale, Alabama; brother, Jerry Gershon of Smyrna; six grandchildren and their spouses, Anthony Scott and Jenny Terrell of Woodstock, Benjamin and Amy Terrell of Fayetteville, AL, Cameron Bradley Parmer of Austin, TX, Captain Beau Ashton Parmer of Omaha, NE, Captain Justin and Amanda Carl of Xenia, OH, LTJG Daniel Carl of San Diego, CA; two great-grandchildren, Ashley and Cole Terrell of Fayetteville, AL. The family will receive friends at the Meadowbrook Memory Gardens Chapel Mausoleum on Saturday, March 9, 2013 from 1:30 PM until the funeral hour. Funeral Services will be conducted Saturday, March 9, 2013 at 2:00 PM from the Chapel Mausoleum at Meadowbrook Memory Gardens in Villa Rica with Rev. Bob Jones officiating. Entombment will follow at the Chapel Mausoleum at Meadowbrook Memory Gardens. Messages of condolence may be sent to the family at www.jones-wynn.com. Jones-Wynn Funeral Home, Inc., Cremation Service and Memorial Gardens of Villa Rica is in charge of arrangements. 770-459-3694

Honor the life of Philip Gershon

Please share a condolence, photo or memory of Philip. We welcome all condolences that are positive and uplifting that will help family and friends heal.