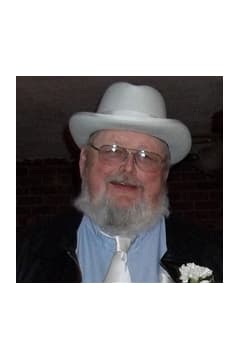 Mr. Perry Earl McKenzie, II, age 66, of Douglasville, Georgia passed away Sunday, August 7, 2016. He was born December 17, 1949 in Shelby, Ohio, the son of the late Mr. Perry earl McKenzie, Sr. and the late Mrs. Margaretta C. Robinson McKenzie. He married Pamela Gaye Mustard on April 5, 1971 in Ohio. He worked in customer service at the Douglasville-Douglas County Water and Sewer Authority for over 18 years. He loved fishing and was an avid fan of NASCAR. He loved old cars and was especially proud of his 1972 El Camino. He had a special place in his heart for the Special Olympics of Douglas County and he enjoyed playing Santa for special need children in the schools. He is survived by his loving wife of 45 years, Pamela Gaye Mustard McKenzie of Douglasville; two daughters and a son-in-law, Ranee and Dale Errington of Temperance, MI, and Jenette McKenzie of Douglasville, GA; one son, Troy McKenzie of Douglasville, GA; sister, Patricia Ann Clark of Greenwich, OH; two brothers, Martin McKenzie of Plymouth, OH and Michael Glenn McKenzie of Columbus, OH; one grandson, Hunter Menke who is serving in the Air Force; several nieces and nephews. According to his wishes, the body was cremated. The family will receive friends at Jones-Wynn Funeral Home in Douglasville, Thursday, August 11, 2016 from 6:00 PM until 8:00 PM. In lieu of flowers, memorial contributions may be made to the Toys for Tots â Local Chapter or the Special Olympics of Douglas County, 2105 Mack Road, Douglasville, Georgia 30135. Messages of condolence to the family may be sent at www.jones-wynn.com. Jones-Wynn Funeral Home & Crematory of Douglasville is in charge of arrangements. 770-942-2311

Please share a condolence, photo or memory of Perry. We welcome all condolences that are positive and uplifting that will help family and friends heal.