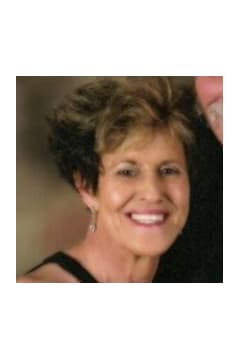 Mrs. Peggy K. Pope, age 66, of Douglasville, Georgia passed away Wednesday, February 13, 2013. She was born January 4, 1947 in Atlanta, Georgia the daughter of the late Mr. Cheslie Thomas Grant and the late Mrs. Annie Laura Elizabeth Clayton Grant. She married William Leslie Pope on March 21, 1990. She retired from The Coca-Cola Company having worked in the sales department. She was a devoted and loving grandmother and enjoyed shopping and fishing. She enjoyed gambling trips. In addition to her parents, she was preceded in death by her brothers, Lester âTommyâ Grant and Donald Grant. She is survived by her husband, William Leslie Pope of Douglasville; Daughter and son-in-law, Felicia and Mark Rady of Douglasville; son and daughter-in-law, Jody and Dawn Conn of Carrollton; stepsons and daughters-in-law, Josh and Trish Pope of Chattanooga, TN and Zach and Danita Pope of Douglasville; sisters and brothers-in-law, Jean West of Douglasville, Bobbie and Ronnie Henson of Morrow, and Judy and Terry Hope of Ft. Myers, FL; three grandchildren, Gracie Conn, Emily Conn, and Jackson Conn; 2 step-grandchildren, Kylie Pope and Haylee Pope; several nieces and nephews also survive. The family will receive friends at Jones-Wynn Funeral Home in Douglasville, Saturday, February 16, 2013 from 11:00 AM until 1:00 PM. Memorial Services will be conducted Saturday, February 16, 2013 at 1:00 PM from the Chapel of Jones-Wynn Funeral Home in Douglasville with Pastor Bob Wiley officiating. According to the familyâs wishes, her body was cremated. Messages of condolence may be sent to the family at www.jones-wynn.com. Jones-Wynn Funeral Home & Crematory, Inc. of Douglasville is in charge of arrangements. 770-942-2311

Honor the life of Peggy Pope

Please share a condolence, photo or memory of Peggy Pope. We welcome all condolences that are positive and uplifting.