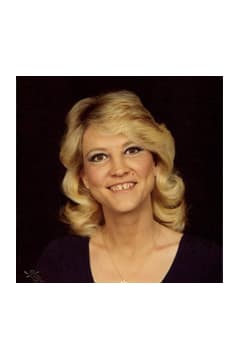 Mrs. Peggy Gail Pilgrim McCowen, 63, of Douglasville, Georgia passed away Monday, January 12, 2015. A native of Douglasville, Georgia, she was born January 25, 1951, the daughter of Mrs. Ovell Bragg Pilgrim and the late Mr. William Thomas Pilgrim. She was a homemaker, devoted to her family, avid gardener, and passionate about camping and their place on the lake. In addition to her father, she was preceded in death by her brother, Danny T. Pilgrim. She is survived by her husband, Michael A. âMikeâ McCowen, Sr.; daughter and son-in-law, Kelley K. and Stephen Gibson of Douglasville; four sons and daughters-in-law, Danny M. and Ashley B. Camp of Vinings, William C. âCaseyâ and Catrina McCowen of Woodstock, Charles R. âRustyâ and Betsy McCowen of Hiram, Michael A. âMikeâ McCowen, Jr. and Angel McCowen of Winston; her mother, Ovell Bragg Pilgrim of Douglasville; sister and brother-in-law, Nancy and Roger Moody of Douglasville; 15 grandchildren; one great-grandchild; several nieces and nephews. The family will receive friends at Jones-Wynn Funeral Home in Douglasville, Thursday, January 15, 2015 from 4:00 PM until 8:00 PM. Funeral Services will be conducted Friday, January 16, 2015 at 2:00 PM from the Chapel of Jones-Wynn Funeral Home in Douglasville with Pastor Moses Florence officiating. Interment will follow at Sunrise Memorial Gardens in Douglasville. Messages of condolence to the family may be sent at www.jones-wynn.com. Jones-Wynn Funeral Home & Crematory of Douglasville is in charge of arrangements. 770-942-2311

Honor the life of Peggy McCowen

Please share a condolence, photo or memory of Peggy. We welcome all condolences that are positive and uplifting that will help family and friends heal.