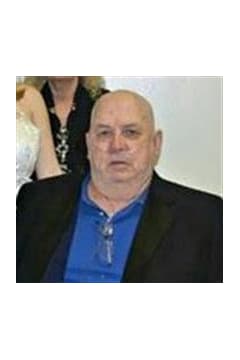 Mr. Paul Harold Ford, Jr., 69, of Douglasville, Georgia passed away Thursday, January 22, 2015. He was born August 14, 1945 in Ohio, the son of the late Mr. Paul Harold Ford, Sr. and the late Mrs. Lillian Janice Lee Ford. He retired from the Georgia Dealer Auto Auction and was of the Baptist Faith. He also worked as a repo man. He was an avid sportsman, enjoying all sports, especially football and baseball. He was an avid fisherman and enjoyed racing. In addition to his parents, he was preceded in death by a son, Ricky Gupton; brother, Cecil Ford and sister, Bonnie Jean Rank. He is survived by his wife of 26 years, Elizabeth Ann Harrell Ford of Douglasville; daughter and son-in-law, Ronda and Mark Evans of Rome; son, Roger Gupton of Carrollton; sisters, Paula Kay Geihs and Bonnie Nadine; 3 grandchildren; 4 great-grandchildren; nieces and nephews. The family will receive friends at Jones-Wynn Funeral Home in Douglasville, Saturday, January 24, 2015 from 10:30 AM until 12:00 PM. Funeral Services will be conducted Saturday, January 24, 2015 at 12:00 PM at the Chapel of Jones-Wynn Funeral Home in Douglasville. Interment will follow at Holly Hill Memorial Park in Fairburn. Messages of condolence to the family may be sent at www.jones-wynn.com. Jones-Wynn Funeral Home & Crematory of Douglasville is in charge of arrangements. 770-942-2311