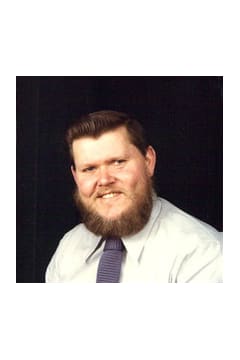 Orien Marshall Morgan, age 77, of Douglasville, passed away, Saturday, October 29, 2016. He was born April 22, 1939 in Piedmont, AL the son of the late Mr. Rollie Orien Morgan and the late Mrs. Helen Beatrice Borden Morgan. Mr. Morgan was a carpenter for 40 plus years. He enjoyed spending time with his family. In addition to his parents, he was preceded in death by his brothers, Kenneth Morgan and Jerry Morgan. He is survived by his wife, Hazel Teen Campbell of Douglasville; daughters and son-in-law, Connie and David Highnote of Douglasville, Amy Morgan of Douglasville; son, Jeff Morgan of Carrollton; sisters and brothers-in-law, Carolyn and Hugh Ponder of Piedmont, AL, Nell Ponder of Piedmont, AL, Vivian and Johnnie Mac Brown of Jacksonville, AL, Gail and Steve Pollard of Jacksonville, AL; twin brother and sister-in-law, Herschel and Christine Morgan of Douglasville, brother and sister-in-law, Sam and Dodie Morgan of Piedmont, AL; eight grandchildren; seven great grandchildren; several nieces and nephews also survive. The family will receive friends at Jones-Wynn Funeral Home in Douglasville, Tuesday, November 1, 2016 from 12:00 PM until 2:30 PM. Graveside Services will be conducted Tuesday, November 1, 2016 at 2:30PM at the Chapel of Jones-Wynn Funeral Home in Douglasville with Rev. Jim Grieme officiating. In accordance to the familyâs wishes, his body will be cremated following the funeral service. Messages of condolence may be sent to the family at www.jones-wynn.com. Jones-Wynn Funeral Home and Crematory of Douglasville in charge of arrangements. 770-942-2311

Honor the life of Orien Morgan

Please share a condolence, photo or memory of Orien. We welcome all condolences that are positive and uplifting that will help family and friends heal.