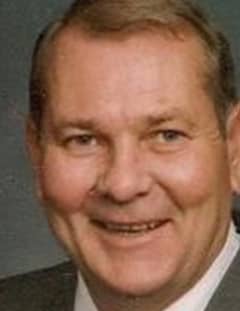 Mr. Nickey Bob Orr, age 69, of Douglasville, Georgia passed away Thursday, August 11, 2011 at Southwest Christian Care in Union City following an extended illness. He was born August 9, 1942 in Coleman, Texas the son of the late Mr. Arthur Frank Orr and the late Mrs. Octavia Louise Dobbins Orr. He married Anna Kay McClure on May 27, 1961 in Coleman, Texas. He retired from CSX Railroad and was a member of the U.T.U. Railroad Union where he served as President for eight years. He was devoted to his family and served as both a little league baseball coach and youth football coach in Douglasville. He was a member of the First Presbyterian Church of Douglasville. In addition to his parents, he was preceded in death by his sisters, Jackie Alvarez and Mickie Orr. He is survived by his wife of 50 years, Anna Kay McClure Orr of Douglasville; daughter and son-in-law, Roxie and Jorge Rodriguez of Bryan, TX; sons and daughter-in-law, Mark Orr of Austin, TX and David and Amy Orr of Fairburn, GA; sister and brother-in-law, Nancy and Buck Barnes of Cross Plains, TX; brother and sister-in-law, Frank Jr. and Ginger Orr of Ft. Worth, TX; 6 grandchildren, Nickey and Coral Rodriguez, Sophia and Conner Matney, Frank Rodriguez, Paul Orr, Luke Orr, and Nathan Orr; 2 great-grandchildren, Gabriel Rodriguez and Noah Matney. Memorial Services will be conducted Saturday, August 13, 2011 at 11:00 AM at the First Presbyterian Church of Douglasville with Dr. James Harper officiating. A Reception will follow the service in the Jeffords Center. In lieu of flowers contributions in memory of Mr. Orr may be made to Southwest Christian Care, 7225 Lester Road, Union City, GA 30291. Messages of condolence to the family may be sent from www.jones-wynn.com. Jones-Wynn Funeral Home, Inc., Cremation Service and Memorial Gardens of Douglasville in charge of arrangements. 770-942-2311

Honor the life of Nickey Orr

Please share a condolence, photo or memory of Nickey. We welcome all condolences that are positive and uplifting that will help family and friends heal.