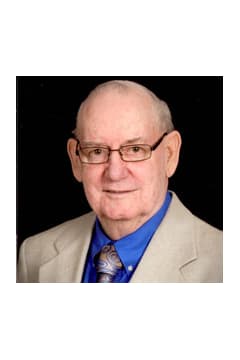 Nesbit L. Spinks, Jr. (N.L.) passed away at home in Douglasville, GA on January 18, 2017. He was preceded in death by his father, Nesbit Spinks Sr., his mother, Fannie Spinks, Sister Joyce McLay, Brother Billy Spinks. He is survived by his wife Brenda Gay Spinks; three children, son Randy Spinks of Homosassa FL, Daughter Anita Rainwater of Marietta, GA, Daughter Wanda Puckett and son-in-law Ray Puckett of Dallas, GA; three step children, Dale Gay of Hiram, GA, Tammy Gay of Tate, GA, Edwina Halstead of Homosassa, FL; eight grandchildren; ten great-grandchildren; one great-great grandchild. He moved to Douglasville, GA in 1965 from Atlanta, GA. N.L graduated from Douglas County High School in 1953. He enjoyed fishing and Gospel and Bluegrass Music. He worked for Atlanta Water Works for 10 years, where he was known as âCountry Boyâ. . Then began working for City of Douglasville in 1962, moved to Service Director of the City of Douglasville in 1965. In 1972 he took over the Douglas County Water System and left in 1977. He took engineer job in Florida in 1977. Then went to work for Caraustar Industries Inc. in 1978, and went on to retire in 1998 after 20 years of service. He then worked for Spinks Mechanical until 2004. The family will receive friends at Jones-Wynn Funeral Home in Douglasville, Friday, January 20, 2017 from 4:00 PM until 8:00 PM. Funeral Services will be conducted Saturday, January 21, 2017 at 10:00 AM at the Chapel of Jones-Wynn Funeral Home in Douglasville with Brother Johnny Ivey and Rev. Neal Beard officiating. Interment will follow at Sunrise Memorial Gardens. Messages of condolence to the family may be sent at www.jones-wynn.com. Jones-Wynn Funeral Home and Crematory of Douglasville is in charge of arrangements. 770-942-2311

Please share a condolence, photo or memory of Nesbit. We welcome all condolences that are positive and uplifting that will help family and friends heal.