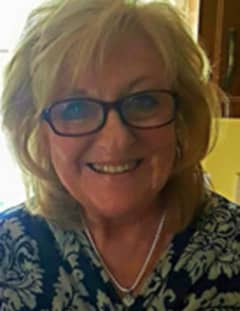 Mrs. Nancy Ruth Kent Garmon, age 67, of Villa Rica, Georgia, formerly of Douglasville, passed away Wednesday, April 26, 2017 at Tanner Medical Center in Villa Rica. She was born November 11, 1949 in Atlanta, Georgia. She was a mother and grandmother. She was preceded in death by her father, Archie Dowis; and sister, Dorothy Walters. She is survived by a daughter and son-in-law, Cindy and Doug Driskill of Austin, TX; son and daughter-in-law, Scott and Christina Garmon of Snellville; her mother, Gertrude Green Gee of Douglasville; two sisters, Joyce Little and Betty Medley both of Douglasville; six grandchildren, Haley Driskill, Tyler Driskill, Matthew Driskill, Ian Garmon, Connor Garmon, and Reagan Garmon; several nieces and nephews. The family will receive friends at Jones-Wynn Funeral Home in Villa Rica, Saturday, April 29, 2017 from 1:00 PM until 2:00 PM. Memorial Services will be conducted Saturday, April 29, 2017 at 2:00 PM at the Chapel of Jones-Wynn Funeral Home in Villa Rica. Messages of condolence to the family may be sent at www.jones-wynn.com. Jones-Wynn Funeral Home and Cremation Services of Villa Rica is in charge of arrangements. 770-459-3694

Honor the life of Nancy Garmon

Please share a condolence, photo or memory of Nancy. We welcome all condolences that are positive and uplifting that will help family and friends heal.