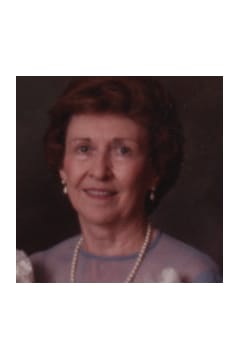 Mrs. Nan Lipscomb Nelms, 89, of Douglasville, Georgia passed away Thursday, April 24, 2014. She was born April 5, 1925 in Gillsville, Georgia. She married Frank Donald Nelms on February 23, 1952 in Atlanta. She retired from Bullard Realty Company where she worked as a secretary. She was a member of First Presbyterian Church of Douglasville. She is survived by her husband of 62 years, Frank Donald Nelms of Douglasville; two daughters and a son-in-law, Susan Kendel of Marietta and Nancy and Joe Davis of Ball Ground; one son and a daughter-in-law, Don and Janet Nelms of Atlanta; one sister and one brother; five grandchildren, Frank Nelms III, Emmett Nelms, Patrick Davis, Joseph Davis and Ally Kendel; several nieces and nephews. The family will receive friends at Jones-Wynn Funeral Home in Douglasville Sunday, April 27, 2014 from 2:00 PM until 3:00 PM. Funeral Services will be conducted Sunday, April 27, 2014 at 3:00 PM at the Chapel of Jones-Wynn Funeral Home in Douglasville. Interment will be private at Westview Cemetery in Atlanta. In lieu of flowers, memorial contributions in her memory may be made to Berry College General Fund, PO Box 490069, Mt. Berry, Georgia 30149. Messages of condolence to the family may be sent at www.jones-wynn.com. Jones-Wynn Funeral Home & Crematory of Douglasville is in charge of arrangements. 770-942-2311

Honor the life of Nan Nelms

Please share a condolence, photo or memory of Nan. We welcome all condolences that are positive and uplifting that will help family and friends heal.