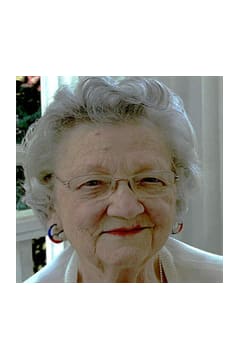 Mrs. Nan Cliatt Cole, age 87, of Carrollton, passed away Monday, September 19, 2016. She was born December 24, 1928 in Lincolnton, GA the daughter of the late Mr. Henry Grady Cliatt and the late Mrs. Mary Pryor Cliatt. Mrs. Cole lived in Lincolnton until moving to Villa Rica in June of 1939. She graduated from Villa Rica High School in 1946, West Georgia College, now the University of West Georgia, in 1948 and the University of Georgia in 1950 with a Bachelorâs degree in Home Economics. She retired from the Carroll County School System after 20 years of service at Villa Rica Primary, now known as Glanton Hindsman Elementry. Mrs. Cole was a long time member of First Baptist Church in Villa Rica. She volunteered for the Southern Baptist Disaster Team. Through the years she taught Bible School, Sunbeam, JOY Sunday School Class, G. A.âs, singles class and was a member of G.O.L.D.(Godâs Older Leaders and Doers), and for many years taught the primary age children. She worked in the Carrollton Soup Kitchen for several years. When living at Fairfield she was a Program Chairman of the Garden Club and a member of the Womenâs Club and Ladies Auxiliary. She enjoyed sewing, knitting, camping, traveling all fifty states and many foreign countries, reading, cruises, but her real joy came from being with her family. In addition to her parents, she was preceded in death by her husband of 62 years, William Clifford âW. C.â Cole; son, David Cole; sister, Martha Cliatt Owens; brother-in-law, Jim Owens; nephew, Roger Owens; great nephew, Christopher May. She is survived by her daughter and son-in-law, Pam and Max Davidson of Carrollton; brother and sister-in-law, Charles and Yvonne Cole of Villa Rica; two grandchildren, Corey and Meghan Davidson of Decatur, Marcie and Chris Calhoun of Villa Rica; five great grandchildren, Cole, Parker, and Elizabeth Davidson of Decatur, Evan and Julia Calhoun of Villa Rica; several nieces and nephews also survive. The family will receive friends at Jones-Wynn Funeral Home, Wednesday, September 21, 2016 from 4:00 PM until 8:00 PM. Funeral Services will be conducted Thursday, September 22, 2016 at 11:00 AM from the Chapel of Jones-Wynn Funeral Home with Rev. Rick Hunt and Rev. Mike Stephens officiating. Interment will follow at Meadowbrook Memory Gardens. In lieu of flowers the family asks that contributions be made to First Baptist Church of Villa Rica Building Fund, 1483 West Highway 78, Villa Rica, Georgia 30180 or the Stewart House Chapel Fund, 102 South Street, Carrollton, Georgia, 30117. Messages of condolence may be sent to the family at www.jones-wynn.com. Jones-Wynn Funeral Home, Inc. and Cremation Services of Villa Rica in charge of arrangements. 770-459-3694

Honor the life of Nan Cole

Please share a condolence, photo or memory of Nan. We welcome all condolences that are positive and uplifting that will help family and friends heal.