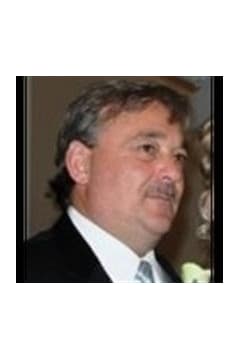 Mike RobertsMr. Terry Michael âMikeâ Roberts, 50, of Carrollton, Georgia passed away Monday, June 16, 2014. He was born August 20, 1963 in Wilmington, Delaware the son of Mrs. Sandra Sacconey Roberts and the late Mr. Terry Monroe Roberts. He married the love of his life, Terri Fowler Roberts on July 30, 1983 in Smyrna. He was the owner and operator of Blasting Consultants and Services. Mike was an avid outdoorsman enjoying hunting and fishing and was a member of Ducks Unlimited. He enjoyed racing and boating. He loved music, his family, and his church. He was a devoted husband, loving son, beloved father, grandfather, brother and uncle. He was a member of Midway Macedonia Baptist Church in Villa Rica. He is survived by his wife, Terri Fowler Roberts of Carrollton; two daughters and a son-in-law, Ashley Roberts-Ard and her husband, L.J. Ard of Winston and Kristin Roberts of Carrollton; one son, Tyler Roberts of Carrollton; his mother, Sandra Sacconey Roberts of Carrollton; one brother, Derek Roberts of Carrollton; two grandchildren, Travis Michael Roberts and Kadence Lynn Shoemaker; nieces, Haley Fowler and Ali Roberts; nephews, D.J. Roberts, Brannon Stinecipher, Jason Stinecipher, and Jordan Stinecipher. The family will receive friends at Jones-Wynn Funeral Home in Douglasville, Thursday, June 19, 2014 from 5:00 PM until 8:00 PM. Funeral Services will be conducted Friday, June 20, 2014 at 2:00 PM at the Chapel of Jones-Wynn Funeral Home in Douglasville with Rev. David Parrish officiating. Interment will follow at Meadowbrook Memory Gardens in Villa Rica. Those desiring to do so, may make memorial contributions to the family c/o: Jones-Wynn Funeral Home, 2189 Midway Road, Douglasville, Georgia 30135. Messages of condolence to the family may be sent at www.jones-wynn.com. Jones-Wynn Funeral Home & Crematory of Douglasville is in charge of arrangements. 770-942-2311

Honor the life of Mike Roberts