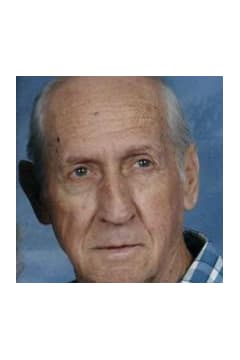 Mr. James Michael âMikeâ Criswell, age 75, of Winston, Georgia passed away Thursday, June 28, 2012 at Tanner Medical Center in Carrollton following a courageous battle with cancer. He was born April 6, 1937, the son of the late Mr. Jack Donald Criswell and the late Mrs. Frances Strickland Gabriel. His father passed away when he was 10 days old and he was raised by his stepfather, the late Leonard Gabriel. He was a veteran of the U.S. Army and worked as a truck driver for Central Truck Lines and ABF. He was of the Baptist Faith. He was preceded in death by his father, Jack Criswell; mother, Frances Gabriel; stepfather, Leonard Gabriel; and brother, Donald Criswell. He is survived by his wife, Elaine Pope Criswell of Winston; daughters and son-in-law, Deborah Kangas of Douglasville and Dana and Bryan DeAngelis of Temple; son, Darryl Criswell of Winston; five grandchildren, Sarah and Jake Kangas, Stephen Webb, April and Allen Beck, Ashely Norwood, and Savannah Norwood; two great-grandchildren, Adrian Anderson and Raven Anderson; brothers and sister-in-law, Ray and Cathy Gabriel of Crawford and Larry Gabriel of Athens; several nieces and nephews also survive. The family will receive friends at Westside Worship Center in Winston from 2:30 PM until 3:00 PM. Memorial Services will be conducted Sunday, July 1, 2012 at 3:00 PM at Westside Worship Center, 3540 Post Road, Winston, GA with Pastor Jerry Faver and Pastor Cloyse Johnson officiating. The family has requested no flowers. Messages of condolence to the family may be sent at www.jones-wynn.com. Jones-Wynn Funeral Home, Inc., Cremation Service and Memorial Gardens of Villa Rica in charge of arrangements. 770-459-3694

Honor the life of Mike Criswell