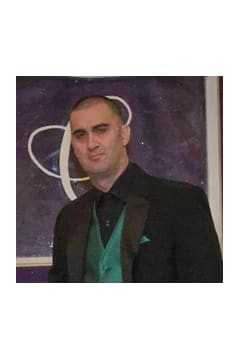 Mike Clements Mr. Michael R. Clements, age 45, of Douglasville, Georgia passed away unexpectedly Wednesday, December 10, 2014 at his residence. He was born November 3, 1969 in Austell, Georgia. He was a member of the City of Douglasville Police Department from 1997-2006, having worked SWAT, as Detective and in the Narcotics force. Most recently, he worked at Corsair Memory as a Technical Marketing Specialist. He was a computer enthusiast, enjoyed playing Dungeons and Dragons, going to the gym, and riding BMX bikes. He loved life and lived it to the fullest. He was an honor graduate of Mercer University where he earned his Bachelorâs Degree. He was preceded in death by his brother, Chris Clark and sister, Sherri Hooks; and maternal grandparents and paternal grandparents. He is survived by his wife, Beverly Jones Clements of Douglasville; daughter, Payton Avery Clements of Douglasville; mother and stepfather, Juanita Goss Wix and Max Wix of Douglasville; father and stepmother, Robert Lewis Clements and Sylvia Clements of Louisville, GA; sister, Cheryl Nunnally Collins of Lithia Springs; brothers and sisters-in-law, Kenneth and Jean Nunnally of Marietta, Alan and Joy Nunnally of Ephesus, Jerry and Ruth Clark of Wrens, and Joel and Beverly Clark of Gainesville; mother-in-law, Teresa Crumbley of Douglasville; father-in-law, Bill Jones of Bremen; sisters-in-law, Elizabeth Miller of Port Orange, FL and Brittany Thrasher of Douglasville;; numerous aunts, uncles, cousins, nieces, nephews, great-nieces and great-nephews. The family will receive friends at Jones-Wynn Funeral Home in Douglasville, Sunday, December 14, 2014 from 2:00 PM until 4:00 PM. Funeral Services will be conducted Sunday, December 14, 2014 at 4:00 PM at the Chapel of Jones-Wynn Funeral Home in Douglasville. A reception will follow at 5:30 PM at The Centre @ Arbor Connection in Douglasville. Messages of condolence to the family may be sent at www.jones-wynn.com. Jones-Wynn Funeral Home & Crematory of Douglasville is in charge of arrangements. 770-942-2311