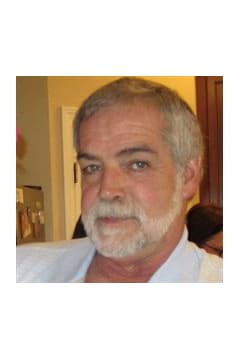 Mr. Michael Rex Lockaby, age 66, of Douglasville, Georgia passed away September 18, 2018 in Douglas County. He was born July 4, 1952 in Hiawassee, Georgia. He is the son of the late Roy Jess Lockaby and the late Maggie Dayton Lockaby. He was a carpenter who devoted many hours to Sunrise Memorial Gardens and building things for his grandkids. His grandkids and grand dogs were his greatest joy. He was an avid Atlanta Braves fan.In addition to his parents, he was preceded in death by his grandchild, Emily Ware; brother Duel Lockaby. He is survived by his daughters and son-in-law; Jodi Ware and Chad Cooper of Greenville, South Carolina, Sandra and Jerad Triplett of Greenville, South Carolina; sister and brother- in- law, Deborah and Richie Carey of Blairsville, Georgia; brothers and sisterâinâlaw, Merle Lockaby of Brasstown, North Carolina, Jerle and Reba Lockaby of Cartersville, Georgia; four grandchildren, Natalie, Nicholas, Sarah and Wesley; several nieces and nephews also survive. The family will receive friends at Jones-Wynn Funeral Home in Douglasville, Thursday, September 20, 2018 from 1:00 PM until 3:00 PM. Graveside services will be conducted Thursday, September 20, 2018 at 3:30 PM from Sunrise Memorial Gardens with Rev. Gene Fields officiating. Interment will follow at Sunrise Memorial Gardens.Messages of condolences may be sent to the family at www.jones-wynn.com. Jones-Wynn Funeral Home and Crematory of Douglasville in charge of arrangements. 770-942-2311

Honor the life of Michael Lockaby