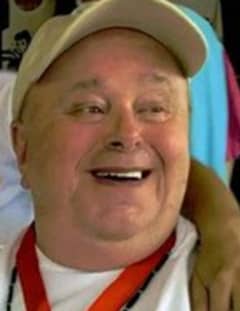 Mr. Michael Wayne Bertocchi, age 61 of Lithia Springs, Georgia passed away Tuesday, September 24, 2019. He was born December 23, 1957 in Sharon, Pennsylvania, the son of the late Mr. Eugene Robert Bertocchi and the late Mrs. Ruby Williams Bertocchi. Mr. Bertocchi worked as a Loss prevention supervisor at Six Flags. Mr. Bertocchi was a member of Knights of Columbus. He was of the Catholic faith. In addition to his parents he is preceded in death by a son, Mr. Michael Bertocchi, Jr. Mr. Bertocchi is survived by his wife of 41 years Mrs. Susan McCullough Bertocchi of Lithia Springs, Georgia; son, Adam Bertocchi of Winston, Georgia; sister and brother-in-law, Genie and J.R. Ramp of Greenville, Pennsylvania; brothers and sisters-in-laws, Rob Bertocchi of Douglasville, Georgia, David and Nancy Bertocchi of Rapid City, South Dakota, Kevin and Kim Bertocchi of Greenville, Pennsylvania; one granddaughter, Aubrey Bertocchi; several nieces and nephews also survive. The family will receive friends at Jones-Wynn Funeral Home of Douglasville Friday, September 27, 2019 from 10:00 AM until 11:00 AM. Funeral services will be conducted Friday, September 27, 2019 at 11:00 AM from the Chapel of Jones-Wynn Funeral Home of Douglasville. Interment will follow at Mozley Memorial Gardens. Messages of condolences may be sent to the family at www.jones-wynn.com. Jones-Wynn Funeral Home of Douglasville is in charge of the arrangements. 770-942-2311

Honor the life of Michael Bertocchi