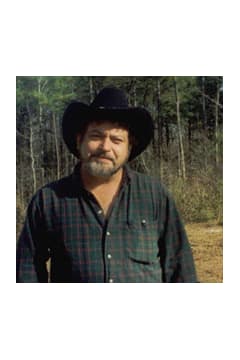 Mr. Melvin Keith Pritchett, 58, of Douglasville, Georgia passed away Saturday, May 21, 2016 at Wellstar Douglas Hospital. He was born November 23, 1957 in Marietta, Georgia. He worked as a carpenter at A.B. & G Fire Restoration. He attended Lighthouse Baptist Church in Winston. He was an avid fisherman and enjoyed music, football and NASCAR. He is preceded in death by his father, John Melvin Pritchett. He is survived by his three daughters, Leah Pritchett Goen of Griffin, Desiree Pritchett of Douglasville, and Rachael Pritchett of Dallas; two sons, Joshua Pritchett of Dallas and Brent Pritchett of Douglasville; his mother and stepfather, Katherine and Jack Byrd of Centre, AL; brother and sister-in-law, John Kenneth and Laurie Pritchett of Winston,; one grandchild, Payton Reece Goen; several nieces and nephews. Memorial Services will be conducted Sunday, May 29, 2016 at 3:00 PM at the Lighthouse Baptist Church, 2758 Mann Road, Winston, GA 30187 with Pastor Chris Carter and Pastor Jimmy Pritchett officiating. Messages of condolence to the family may be sent at www.jones-wynn.com. Jones-Wynn Funeral Home & Crematory of Douglasville is in charge of arrangements. 770-942-2311

Honor the life of Melvin Pritchett

Please share a condolence, photo or memory of Melvin. We welcome all condolences that are positive and uplifting that will help family and friends heal.