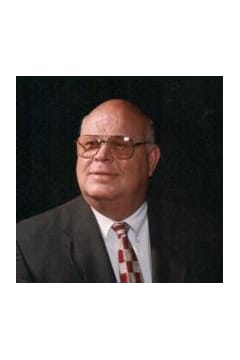 Thomas Melvin Crook, age 69, of Douglasville, Georgia passed away Thursday, August 23, 2012. He was born November 20, 1942 in Asheville, North Carolina, the son of the late Mr. Thomas Albert Crook and the late Mrs. Mazie Walker Crook. He was a member of the Enka High School Class of 1960. He continued his education at the University of Georgia in Athens receiving his BS in Education in 1964, Masters in Education in 1974, and Masters in Administration in 1984. He received his Specialist in Administration from the Jacksonville State University in Jacksonville, Alabama in 1987. Coach Crook served as the Assistant Coach at Cedartown High School from 1964-1971 where he coached football, basketball and track. From 1971-1977 he served as Assistant Coach at Marietta High School for football and basketball and as Head Coach in Wrestling from 1972-1977. From 1977 until 1986 he served as the Athletic Director and Head Football Coach at Lithia Springs High School. From 1986-2000 he served as the Athletic Director for the Douglas County School System. He was a member of the Georgia Athletic Directors Association and the NIAAA for over 12 years and was a member of the AD for over 23 years. He was Region 5AAAA Secretary from 1978-1990, a member of the group that formed the Georgia Athletic Directors Association (GADA), and President of GADA in 1990, Serving as the GADA President from 1990-91, he established an awards program on a statewide basis for all classifications and regions. In 2010, he was inducted into the GADA Hall of Fame in the initial class. He built football and track facilities at Lithia Springs High School. As Douglas Countyâs Athletic Director he saw the addition of both Alexander High School and Chapel Hill High School and he established Girls Softball as a sport in Douglas County. He served for over 36 years in his career in Education and Athletics and influenced countless students and athletes over the years. He was devoted to his family and was a loving husband, father, grandfather, brother, and uncle. He was a member of Beulah Baptist Church in Douglasville where he served on the building committee. He is survived by his devoted wife, Kate Morgan Crook of Douglasville; his two daughters and son-in-law, Kathy and Tony Hayes and Karen Eubanks all of Douglasville; his son and daughter-in-law, Wayne and Lisa Crook of Douglasville; brother and sister-in-law, John M. and Joy Crook of Asheville, NC; six grandchildren, Cody Crook, Kelsey Crook, Chase Combs, Cory Hayes, C.J. Eubanks, and Mary Kate Eubanks; several nieces and nephews also survive. The family will receive friends at Beulah Baptist Church in Douglasville Saturday, August 25, 2012 from 1:00 PM until the service time. Memorial Services will be conducted Saturday, August 25, 2012 at 4:00 PM at Beulah Baptist Church in Douglasville with Dr. Danny Watters and Dr. Wayne Bray officiating. In lieu of flowers memorial contributions may be made to Beulah Baptist Church Building Fund, 4031 Bankhead Highway, Douglasville, Georgia 30134. According to his familyâs wishes, his body was cremated. Messages of condolence may be sent to the family at www.jones-wynn.com. Jones-Wynn Funeral Home, Inc., Cremation Service and Memorial Gardens of Douglasville is in charge of arrangements. 770-942-2311

Honor the life of Melvin Crook

Please share a condolence, photo or memory of Melvin. We welcome all condolences that are positive and uplifting that will help family and friends heal.