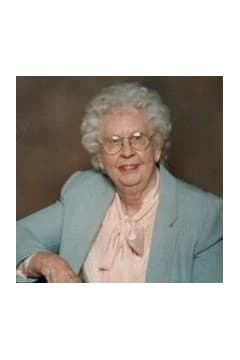 Mrs. Mary Agnes Renfroe Taryla, age 92, of Lithia Springs, Georgia passed away Friday, January 20, 2012 at Wellstar Tranquility Hospice. A native of Lithia Springs, she was born July 30, 1919, the daughter of the late Mr. Jessie Otis Renfroe and the late Mrs. Willie M. Couch Renfroe. After graduating from Douglas County High School she attended nursing school at Crawford Long Hospital when Pearl Harbor was attacked. She joined the U.S. Army at Ft. McPherson in Atlanta where she served as the Assistant to the Chief of Nurses. She obtained the rank of First Lieutenant in the U.S. Nursing Corp both a General Duty Nurse and an Operating Room Nurse. She married Anthony F. Taryla on November 25, 1945. After World War II, she and her husband returned to Douglas County to make it their home. She earned her Registered Nurse degree from the University of Georgia. During her nursing career, she worked as an instructor at Crawford W. Long School of Nursing from 1956 -1957 and later she worked for the Georgia Department of Public Health in Douglas County and was instrumental in opening the Health Center in Lithia Springs in 1975. She continued her nursing career until her retirement in 1988. She was a member of the Georgia Nursing Association and the League of Nursing. In addition to her parents, she was preceded in death by her husband, Anthony F. Taryla, Sr.; her son, Anthony F. Taryla, Jr.; sister, Bessie Skaling and brother, J. Edward Renfroe. She is survived by her daughter and son-in-law, Dr. Marianne F. Taryla and Dr. Scott Alexander of Douglasville; her daughter in law, Barbara Taryla of Temple; two grandchildren, Caitlin Taryla and Anthony John Taryla; sister-in-law, Ruth Renfroe of Douglasville; three nieces, Patricia Deason of Macon, Gail Brand of Griffin, and Betty Smith of Tennessee; nephew, Edward Davis of Griffin. The family will receive friends at Jones-Wynn Funeral Home, Douglas Chapel, Sunday, January 22, 2012 from 2:00 PM until 5:00 PM. Mass of Christian Burial will be conducted Monday, January 23, 2012 at 11:00 AM from St. John Vianney Catholic Church in Lithia Springs with Father Timothy Lyons officiating. Interment will follow at Our Ladyâs Memory Garden in Carrollton. Messages of condolence may be sent to the family at www.jones-wynn.com. Jones-Wynn Funeral Home, Inc., Cremation Service and Memory Gardens of Douglasville in charge of arrangements. 770-942-2311

Honor the life of Mary Taryla

Please share a condolence, photo or memory of Mary. We welcome all condolences that are positive and uplifting that will help family and friends heal.