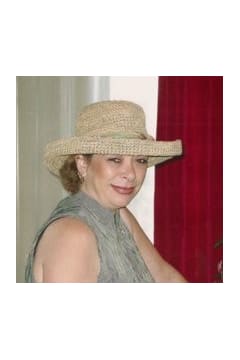 Mrs. Mary Anne Scalzo Lewis, 53, of Douglasville, Georgia passed away Thursday, May 9, 2013 following a sudden illness. She was born July 16, 1959 in Rochester, New York the daughter of Mrs. Kristin M. Root Scalzo and the late Mr. Calogero Scalzo. She was a Veteran of the U.S. Army. She married Otto Lewis, III on August 18, 1983 in Norfolk, Virginia. She was a homemaker and devoted to her family. She is survived by her husband of 31years, Otto Lewis, III of Douglasville; one daughter, Caressa Nadage Lewis; one son, Leon Calogero Lewis; her loving mother, Kristin M. Root Scalzo; four sisters, Tammy Snook, Susan Snook, Amy Gugino, and Debra Scalzo; two granddaughters; two grandsons; a host of nieces, nephews, aunts, uncles, cousins also survive. The family will receive friends at Jones-Wynn Funeral Home, Douglas Chapel, Tuesday, May 14, 2013 from 6:00 PM until 8:00 PM. Funeral Services will be conducted Wednesday, May 15, 2013 at 1:00 PM from the Chapel of Jones-Wynn Funeral Home in Douglasville. According to the familyâs wishes, the body will be cremated following the service. Messages of condolence may be sent to the family at www.jones-wynn.com. Jones-Wynn Funeral Home & Crematory, Inc. of Douglasville is in charge of arrangements. 770-942-2311